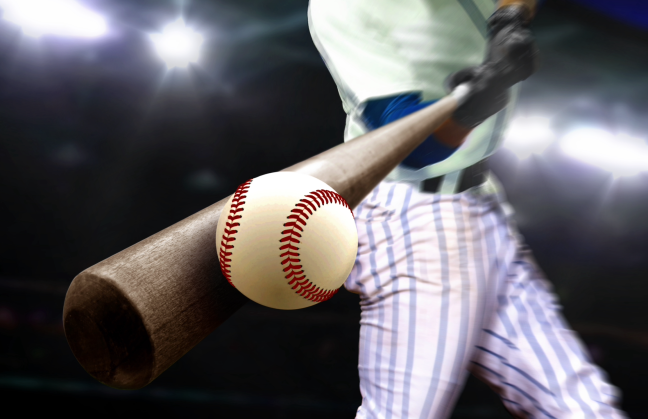 Looks like MLB is going the way of the PGA. They see power and they say, “we gotta turn that down.” Too much fun, too many fireworks. Not good for the sanctity of the game:

After years of fielding questions about record home run rates and variations in its baseballs, Major League Baseball informed its 30 teams in a memorandum on Friday of changes to the balls — and how they will be handled — for the 2021 season. Chief among the differences will be a slightly reduced weight and slightly decreased bounciness, the latter of which could reduce home runs.

Five of the six seasons with highest home run rates in baseball history have occurred since the start of 2016. The other came in 2000, before the league tested for steroids.

(Although home runs have reached record highs, scoring hasn’t, as the hitters’ power surge coincided with record rates in strikeouts and with pitchers’ throwing harder than ever.)

You know who will love this change? Baseball purists. The guys who keep the box score when they attend. The guys who have the radio call buzzing in an ear piece while they sit and watch the game. You know who WON’T love this change? Everybody else. Everybody who watched precisely 1.5 innings of regular season play, then tunes in IF (and only IF) their team makes the playoffs. That crowd, which I believe comprises a big number of fans, will not be thrilled by watching baseballs drop straight down out of the clouds, short of the wall, like a ping pong ball.

What is it with sports scientists? What’s their goal in making the game less fun? I can understand clamping down on the steroid era, when guys like Mark McGwire were at risk of ripping their pants with every at-bat if they flexed a quad slightly too hard. But as that report mentioned, scoring has been relatively unaffected by the explosion of power hitting given that pitchers have been throwing GAS. It’s Newton’s third: every action has an equal and opposite reaction. Guys start swinging for the moon, pitchers start throwing for the sound barrier. The game levels out, and somehow, narrowly, we avoid the nightmare of scoreboards breaking down because they can’t handle triple digit runs.

Bryson Dechambeau claimed he was flattered that he may have influenced the golf council to implement rule changes to combat his distance. But where does it stop? Will NBA players be forced to wear clogs some day soon because they’re jumping too high? Will NFL players be limited to plant-based diets to reduce the size of their traps? WHERE DOES IT END?!?!

PS- this was something I did not know, and it blew my mind:

Also in the memo, M.L.B. said that five more teams had applied for and received permission to store balls in humidity-controlled environmental chambers (known as humidors) for the 2021 season. Five teams — the Arizona Diamondbacks, the Boston Red Sox, the Colorado Rockies, the Seattle Mariners and the Mets — used humidors during the 2020 season. A humidor can help combat the effects of a site’s lack of moisture, which makes balls fly farther.

We’ve got five teams storing their balls next to boxes of Davidoffs. Next time you catch a foul ball at Fenway, give it a sniff.