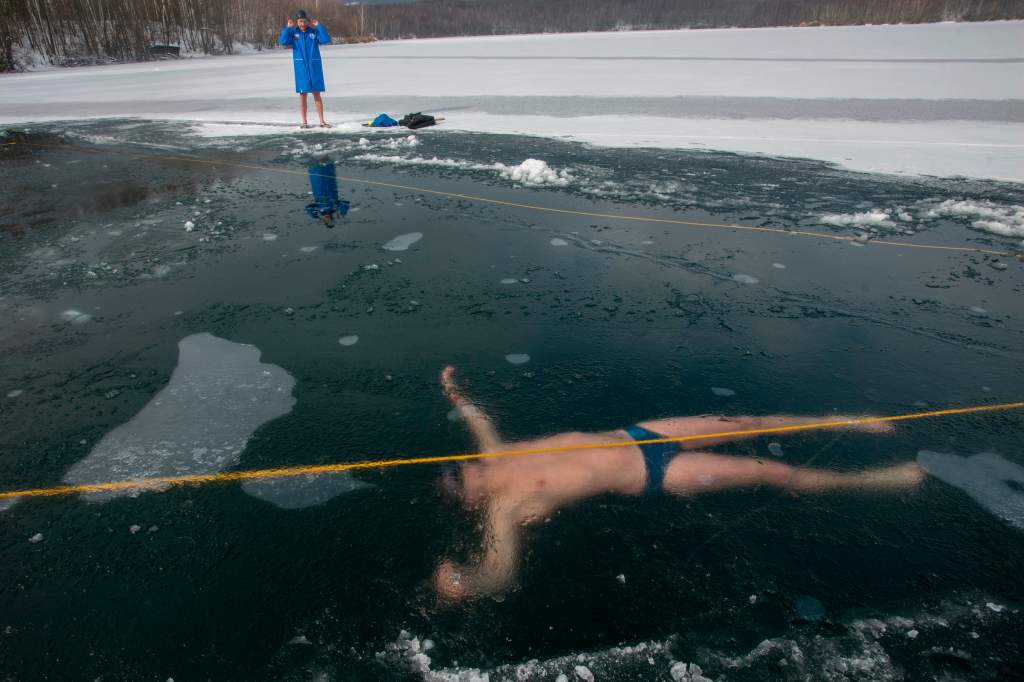 David Vencl is a Czech free diver who just swam his way into the record books in a feat that most (sane) people would describe as absolutely crazy. The previous world record for the furthest swim under ice was 250 feet, a record set by Denmark’s Stig Avall Severinsen back in 2017. David Vencl just crushed that world record.

Initially, the world record-setting attempt was to be done at a glacial lake in Austria but due to ongoing travel restrictions, they had to pivot to a new location at the last minute. The frozen lake they settled on was actually a former quarry in Lahost which is about 60 miles away from Prague.

While the lake was frozen solid on the surface, the water temperature underneath the ice measured 3-degrees Celcius or 37.4-degrees Fahrenheit. I’m assuming that most of you out there have had a brush with a frozen lake or pond at some point in your life and know how it feels like a thousand razor-sharp daggers attacking your body all at once the instant that cold water hits your body.

David Vencl set the new world record of 265.75 feet (81 meters) and it took him about a minute and a half of swimming under the rock-solid ice while wearing nothing but a wetsuit, according to CNN. Footage of him emerging from a tiny hole in the ice and throwing around high fives is almost surreal. The actual world record swim starts around the 9:30 point in this first video so feel free to jump ahead, check it out:

I assume that David Vencl is going to upload some awesome 4K footage of this in the coming days. I’m making this assumption because he has this glorious footage of his training from a few days ago. My hunch is they initially wanted to film the record-setting event to look like this:

Cold showers are the worst. I’m Floridian by birth. Ice plunges just don’t do it for me. I still have nightmares from a Cub Scouts field trip to Sea World as a kid where Shamu splashed us in the front row with his icy saltwater and it burned our entire bodies. I simply cannot understand what would push someone to set a record like this, even if it is pretty badass.