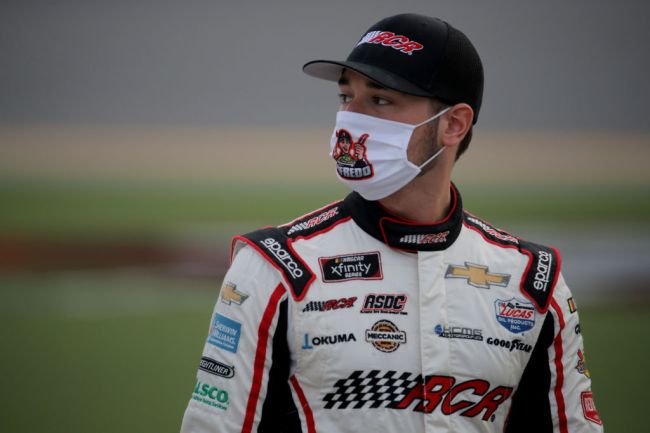 Anthony Alfredo will be driving the No. 38 car in Sunday’s Daytona 500. The 21-year-old is set to compete in his first Great American Race, while also making his NASCAR Cup Series debut on the biggest stage. If rooting for the rookie underdog isn’t enough to get you going, he has an incredible nickname. The last name might be a giveaway, but Alfredo is called “Fast Pasta,” dating back to his first year of racing. His logo leans into the moniker and depicts a cartoon version of himself crushing a bowl of fettuccini. It’s also his pit sign and it’s amazing. 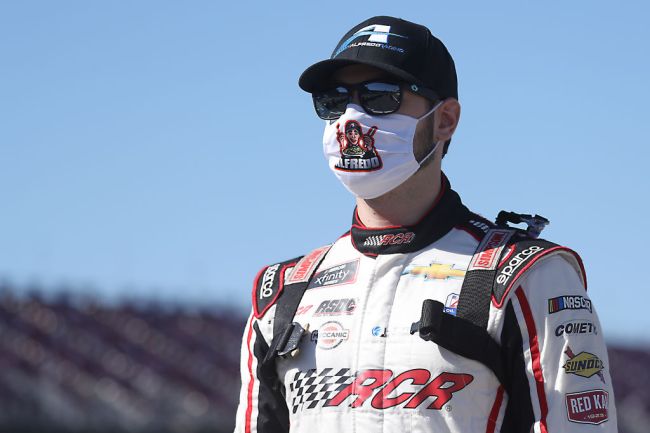 How can you possibly root against someone named Fast Pasta?? The good news is that you don’t have to! If you sign up with BetMGM using promo code “BROBIBLE200” and bet $1 on your favorite driver (in this case, Alfredo), you can win $100 if he completes a lap. One time around and you win!

GET YOUR EXCLUSIVE BETMGM DEAL HERE

“Fast Pasta” was crowned as he was being announced over the loudspeaker during one of his regional races and it ended up sticking. Now, on the highest level, the nickname has grown more than he ever could have imagined. When Front Row Motorsports needed a young driver to replace John Hunter Nemechek on its team, they tapped Alfredo on January 6. It’s a big jump for the young racer.

Just qualified for my first #DAYTONA500! Such a surreal day. Thank you to everyone who has helped get me to this point. We’ll be racing in Duel #2 tomorrow night to try and improve our starting position for the big show on Sunday. Catch all the action on FOX. pic.twitter.com/gHKrHBUov3

Growing up in Ridgefield, Conn., Alfredo started racing in go-karts at the age of six. He didn’t own any of his own equipment or compete with a sponsor or anything like that, he just loved to drive. When the Nutmegger got to middle school, he gave up the sport and focused on snowboarding, skateboarding and lacrosse, which he played through his freshman year of high school. As Alfredo entered his sophomore year, he caught the racing bug again. There isn’t a highway in Ridgefield, so it was probably his way of going above 35 miles per hour. He switched to online school to pursue driving full-time and got back behind the wheel.

Prior to Sunday, he has raced in only 35 total ARCA, Truck Series and Xfinity Series races. There are 36 races on this year’s NASCAR Cup series alone. Despite his inexperience, Fast Pasta is ready. In his 19 Xfinity Series races last year — one step below the top level — he recorded nine top-ten finishes and finished third at Texas Motor Speedway.

It has been a quick rise to the Daytona 500 and his betting odds reflect that. Alfredo is listed at +50,000 to win the Great American Race on BetMGM, but there is no chance that he doesn’t win on name alone.

Whether he crosses the checkered line first or not, you can bet on Fast Pasta and win! All he has to do is complete a lap.

GET YOUR EXCLUSIVE BETMGM DEAL HERE