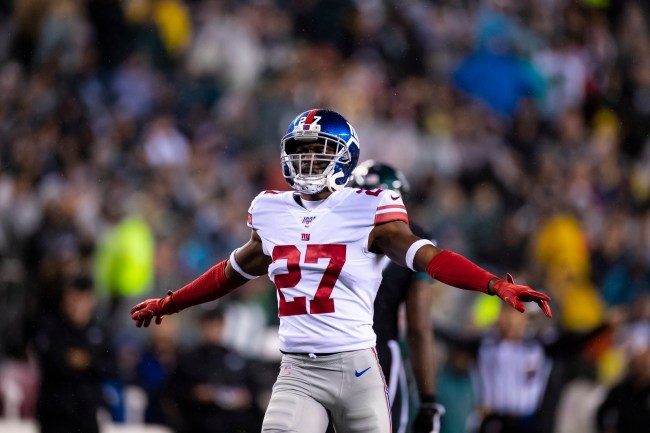 DeAndre Baker’s wild robbery case has finally been resolved and it appears that he’s in the clear.

Back in May, Baker and Seahawks’ Quinton Dunbar were charged with four counts of armed robbery and four counts of aggravated assault with a firearm after allegedly robbing several people at a party of nearly $70,000 worth of cash and jewelry.

While all charges against Dunbar were dropped back in August due to insufficient evidence against him, Baker was released by the Giants as the investigation into his involvement in the robbery continued throughout the season

The case took a turn over the summer when Baker’s lawyers were accused of trying to payoff their victims to recant their claims.

It is now being revealed that the lawyer for his alleged victims has been arrested for trying to extort Baker in the case.

This casts doubt about whether the case against ex-Giant DeAndre Baker will continue. Investigators say Dean was attempting to extort Baker, wanted Baker to pay each of his clients more than $266,000, and, in exchange, the victims in the case would oblige in turn …

Vics would either stop cooperating with prosecutors in the case or change their initial sworn statements to police, thereby weakening the case against Baker. Evidence reveals Dean told Baker’s attorney his clients would do “anything you want, so long as the money is right.”

Baker, who is now a free agent, may still face discipline from the NFL pending a league investigation.

Baker could still face league discipline. He is a free agent. https://t.co/sw0dTY6CZ2