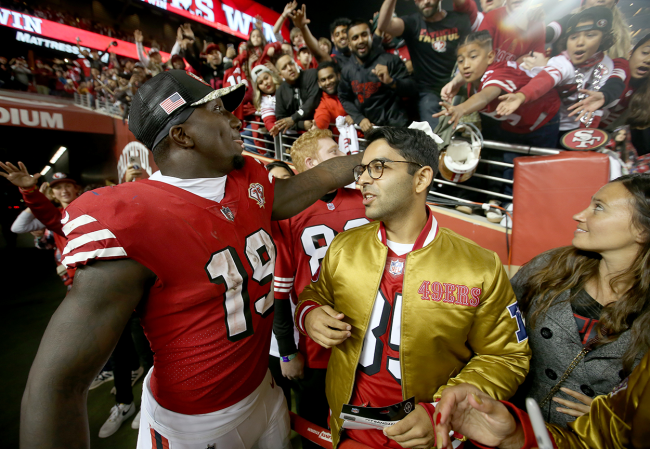 Deebo Samuel was arguably the single most important player for any NFL franchise in 2021. The 26-year-old wide receiver played almost every position on offense and accounted for nearly one third of all 49ers touchdowns.

It was a career year for Samuel and he has made it very clear in recent weeks that he wants a new contract. Receivers, who played a much lesser role for their teams, got paid during the offseason and the former South Carolina Gamecock wants to get his.

While a new contract is well-deserved, Samuel has angered a subset of fans with his request. At the very least, there are San Francisco fans who do not like how the entire ordeal has played out.

Earlier this offseason, Samuel scrubbed his social media profiles of most 49ers-related content. On Friday, he revealed that fans have been sending him death threats and racist comments to his direct messages.

“All y’all fans in the DMs sending death threats and racist stuff, like that don’t bother me bro,” he said on social media. “It don’t. Y’all was the same ones that was ‘hoo-rahing’ and ‘go Deebo-ing’. Now y’all wanna send death threats and send all this racial stuff?”

Samuel made a point to let everybody know that he doesn’t care, because he is bigger than that. But he took the time to share the terrible things that fans have said to him so that there is an awareness of what goes on online.

Here is what Deebo Samuel had to say after receiving death threats online: