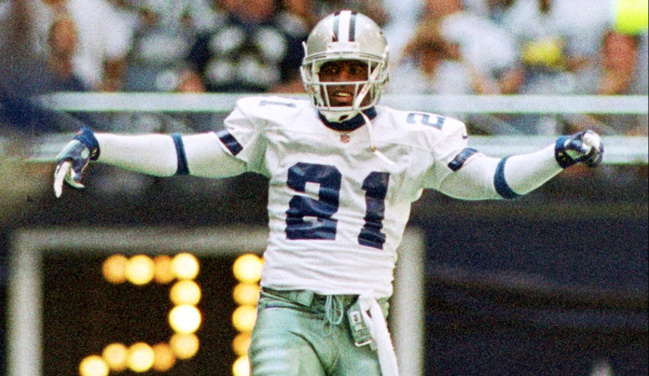 In a recent conversation with comedian Desi Banks on the How It Goes Down Podcast, Sanders talked about what it takes to be “The Man.” With a net worth of around $40 million, two Super Bowl rings, nine-years in the MLB, a successful career as an analyst and a SWAC Coach of the Year award to his name, Prime knows a thing or two about the topic.

Wherever Sanders goes, pomp and circumstance follows. He has always been in the spotlight. Not because he tries to be, but because he is.

“The Man never tries to be The Man because he is The Man,” Sanders said. “The dude that tries to be the man validates that he’s not him, because you can’t try to be what you already are.”

Sanders explained that he has the “passion for the purpose” because he had to make sure his mom could retire on his success, a promise he made to her at seven years old. He was driven.