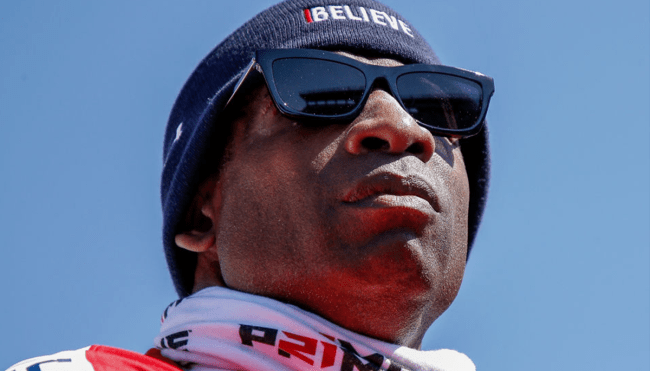 Travis Hunter, the top high school football recruit in the 2022 class, flipping from Florida State and signing with Jackson State is the biggest moment in recruiting history. Hunter going to play for Deion Sanders at an HBCU, instead of a Power Five school, turned the college football world upside down.

Given the new landscape in college football, where players are signing extremely lucrative NIL deals to go to certain schools, the rumors of Jackson State forking over money to get Hunter’s signature immediately started flooding in.

Sanders of course has money of his own having played in the NFL for over 10 years and he’s also a Barstool Sports employee. Barstool is valued at well over $400 million after being purchased by The Chernin Group and then by Penn National Gaming. People simply assumed that Hunter was paid a fat stack of cash to come to JSU, but Sanders is denying those rumors completely.

The NFL legend joined ‘Keyshawn, JWill, and Max’ on Thursday and firmly made his claim that Hunter wasn’t paid to come to Jackson State.

“You know what is, that means we kicked your butt, we took what was ours, and now you have to make up an excuse why. Ain’t nobody getting a million and a half. How am I going to coach a guy that’s making more than me?”

Be sure to spread the truth like you spread the lies…
(To whom it may concern) pic.twitter.com/mKJGPacBa7

Hunter will sign NIL deals in the very near future while attending JSU and likely make a lot of money, and rightly so, but as Sanders explains, he didn’t receive any money prior to signing with the Tigers.