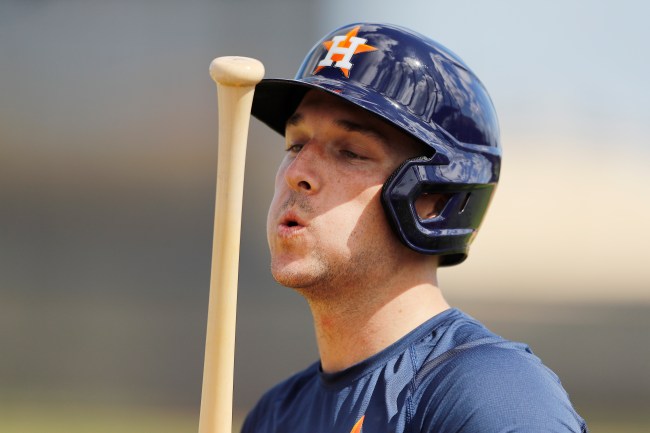 Just like any other sporting event in the world, the big cancel has not only postponed the start of baseball season, but has left us wondering whether or not there will even be an MLB season this year. It’s hard to fathom a year without baseball but that’s just the reality we find ourselves in. But folks, let’s not lose sight of the fact that the Astros are and should continue to be baseball’s biggest enemy.

As a die-hard Yankees fan, I can not tell you how much I was looking forward to watching an Astro’s away game. The storm was already brewing for them even in spring training as fans were banging on trash cans and letting last year’s Astros players hear their disappointment in the stunt they pulled to cheat their way through the season.

Guys like Jose Altuve, Carlos Correa, Alex Bregman, and others were baseball’s biggest enemies as they seemed to refuse to truly accept responsibility for their actions during their horrendous press conferences. There was no doubting that these guys were going to be in for a long, brutal season. But then this pandemic happened…

It’s impossible to say that there has been any benefit whatsoever regarding the tragedy that this virus has created, but from a baseball perspective, you do have to wonder if this is going to help soften the blow for the Astros organization.

Will the delayed season give fans some time to forget and forgive the Astros for cheating? Will the world just be so happy to have baseball back that they forget to boo like crazy when Altuve walks up to the plate? If anybody needed a little bit of a baseball hiatus, there is no doubt it was the Astros and that is just what they got, possibly even for a year.

So this is my daily reminder to let you all know that regardless of when the season starts, we should all make damn sure that the Houston Astros are and should be enemy No. 1 in the baseball world from here on out.