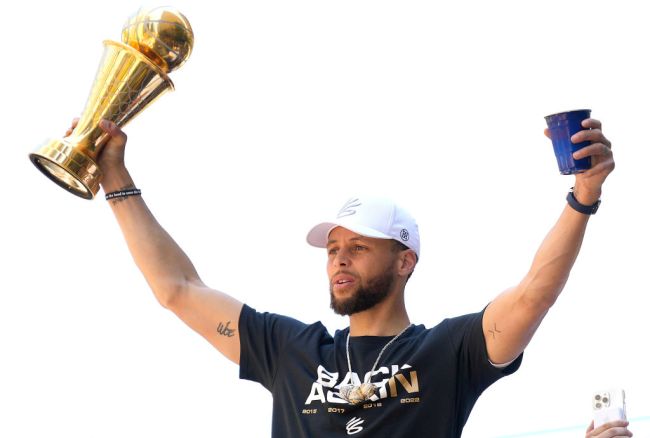 Steph Curry had an absolutely legendary career at Davidson College, which has led to him becoming the first player to ever have his jersey number retired by the school. However, before he ever played for Davidson, he actually tried to become a walk-on at Duke.

Duke rejected that idea and Curry would then proceed to play for Davidson. While at Davidson, Curry would quickly establish himself as one of the country’s best scorers and Duke would eventually change their minds about him.

Duke was one of many teams interested in Steph after his Freshman season, but he told his father that he didn’t want to go to a school that hadn’t wanted him.

In an episode of “The Rex Chapman Show“, Steph’s father, Dell Curry, and Rex Chapman recounted the story.

“Well, Stephen blows up, of course. At the end of that year, everybody in the country wanted Stephen,” Chapman said. “They saw that he was at Davidson and thought, ‘No way he stays at Davidson.’ And when I say everybody, I mean everybody — Kentucky, Tennessee, Duke, everyone wanted Stephen to come. And I had people calling me [asking], ‘Can you put me in touch with Dell?’

“I called you and I said, ‘Hey, there are two or three schools that are really interested in having Stephen.’ And you said, ‘Let me get back with you.’ A day went by… You called me and you said, ‘He told me, ‘Dad, if they didn’t want me then, I don’t want them now. F*** ’em. I’m staying at Davidson.’ I got goosebumps, and I almost started to cry! That’s exactly the answer I hoped I would get!”

This loyalty led to Steph’s legendary Sophomore year run in the NCAA tournament with Davidson and has also led to him spending his entire NBA career with the Golden State Warriors.

Duke would go on to win a couple of NCAA Tournaments after Steph left Davidson, but they surely regret not allocating a spot for the greatest shooter in NBA history.