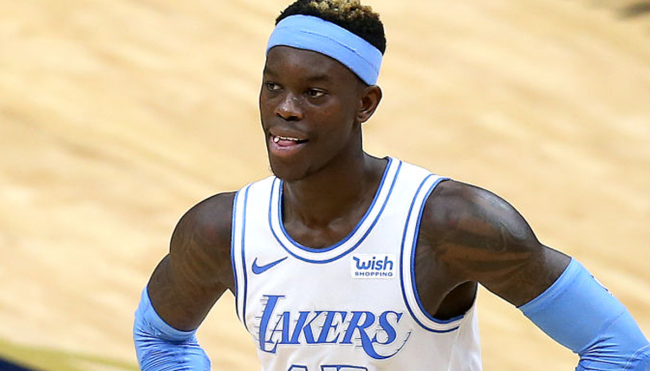 Thanks to some ill-advised clicks I’ve made online over the years, I’ve watched multiple videos of people with a very poor grasp of the concept of “trigger discipline” literally shoot themselves in the foot. However, none of those self-inflicted wounds managed to spawn the level of secondhand agony I felt when I learned about the one Dennis Schroder succumbed to earlier this year.

Following a less-than-inspiring performance in this year’s playoffs, plenty of people were absolutely baffled after learning Schroder thought he was entitled to a deal worth a minimum of $100 million. He’d been confident enough in his abilities during the regular season to turn down an $84 million extension from the Lakers that would’ve kept him in Los Angeles for four more years, but the German guard eventually treated fans to a massive rush of schadenfreude when he ultimately settled for a one-year contract with the Celtics worth $5.9 million.

Schroder was reportedly (and understandably) in a “state of shock” after leaving over $60 million on the table, but on Wednesday, he decided to make light of the situation on Instagram. To celebrate his birthday, the man who’s made almost $70 million in the NBA reminded us he’s still doing pretty damn well for himself and invited people to hop into his mentions with their best “fumble the bag” joke (he also posted a few of his personal favorites)

Yeah, I think he’s going to be just fine.