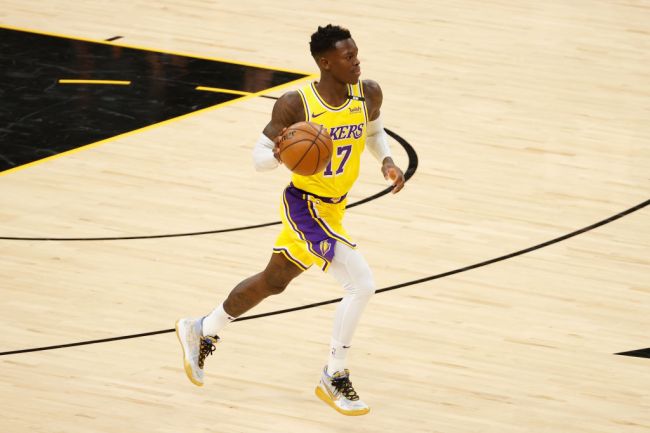 There are rumors claiming Dennis Schroder wants to some big money this offseason and all Lakers fans can do is laugh.

Earlier this week, Armin Andres, VP of German Basketball federation, told the media one of the main reasons Schroder isn’t representing Germany during the Olympics is because the point guard is expecting a $100-120 million contract which makes insuring him too costly for the GBF.

According to Armin Andres, Vice President of German Basketball Federation (DBB), the point guard is expecting to a deal in the range of $100-$120 million. Andres mentioned the fact as it the reason why Schroder is not representing Germany this summer as the burden of insuring his future contract of that value is too big on DBB.

“Dennis Schroeder has communicated this clearly: he wants 100, 120 million – which he will probably also get – and this sum insured cannot be insured on the normal market at the moment,” Andres said on Abteilung Basketball podcast as reported by Manuel Baraniak.

Lakers fans immediately mocked Schroder for thinking he was going to get anything close to $100 mil considering how terrible he played during the playoffs.

He can get 100 million of these pic.twitter.com/ZVaOEgBGqF

Dennis Schroder still thinks he’s getting 100 mill after putting up 0 points in a playoff game pic.twitter.com/dYdWG3PpwG