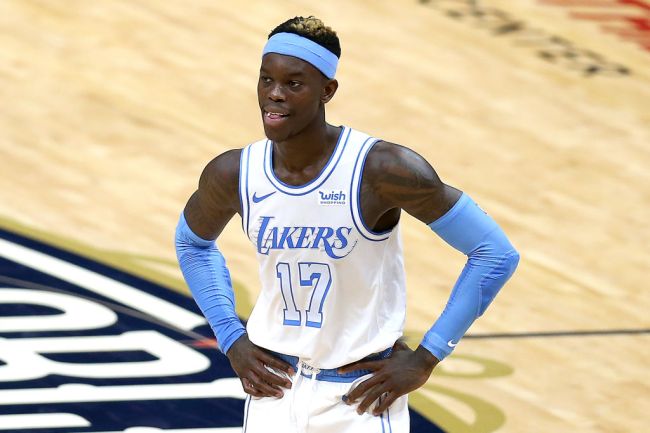 By now, you’re probably well aware of the online bullying campaign targeting newly-minted Boston Celtics guard Dennis Schröder for spinning the wheel of fortune and landing on a sack of marbles, a few baseball cards, and a dead parakeet.

The 27-year-old point guard walked away from an $84 million deal to play with LeBron James and his Band of Veteran Egos to accept a paltry one-year, $5.9 million deal with the Boston Celtics.

NBA Twitter is reacting to Schröder’s current situation as if he’s been banished to play handball in Kazakhstan rather than joining one of the best franchises in sports who are having themselves a plump little offseason.

Suddenly a flexible roster that can play small (unlike last year) medium
or big + lots of 2022 summer cap space.

Still, sports are made for overreacting and meme-making, so let’s aggregate the best Schröder content created by people who probably received stimulus checks.

This haircut is no longer Dennis Schroder’s biggest L😭 pic.twitter.com/PXy2zwcrZP

Dennis Schroder when his agent told him the best he can get is a 1 year, 5.9 mil contract after rejecting 84 mil pic.twitter.com/FSK4TdA1AN

Dennis Schroeder at the Lakers' front office apologizing for turning down that contract offer: pic.twitter.com/F5jeG8mU8N

Dennis Schroder turned down $84M from the Lakers for this…

Dennis Schroder after his agent told him there’s only 1 offer on the table pic.twitter.com/FZm25QN0fb

Dennis schroder snitching on the teams that did sign and trades pic.twitter.com/QLgdD0A0CA

I lost 20$ the other day and couldn’t breathe. Can only imagine what he’s going through

When the Celtics win a title next season and Schröder signs a multi-year extension, I want to NBA Twitter to repent for its sins.