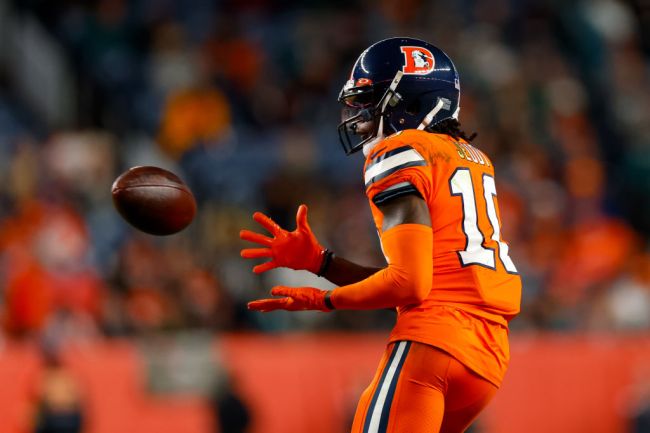 Last season’s Denver Broncos featured a strong defense and plenty of weapons on the offensive side of the ball, but was unfortunately held back by subpar quarterback play. Luckily, they were able to address that issue in a big way this offseason when they traded for Russell Wilson.

That move seems to have Wilson’s new Broncos teammates excited about what’s to come. Yesterday, Jerry Jeudy discussed his new quarterback and revealed that he believes the team is going to be very explosive next season.

“Every detail matters with him. You learn a lot, just how hard he works and how focused he is when he’s on the field and on the board. You realize how locked in he is. I’ve learned a lot. He’s a great quarterback. I am excited to play with him.

The Broncos are definitely going to be an interesting team to watch on the offensive side of the ball for the first time in years during the 2022 season. Wilson is surrounded with weapons in Jeudy, Courtland Sutton, Tim Patrick, Javonte Williams, Melvin Gordon, and Albert Okwuegbunam.

Explosive is exactly what the Broncos offense will need to be to keep pace in a loaded AFC West and Wilson seems to be the player who will get them there.