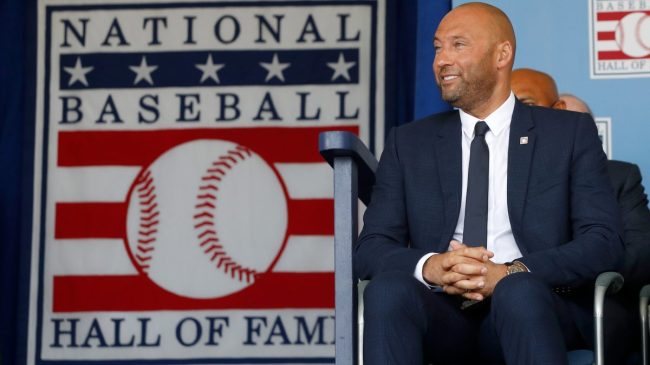 Derek Jeter’s documentary on “The Captain” aired its second episode on Thursday night. The show details the shortstop’s rise in New York, documenting his career as a Yankee.

Of course, it’s not all baseball.

Tonight’s episode went into Jeter’s life away from the diamond, and from the sound of it, it’s a good thing he played in the era that he did.

One clip in particular speaks on the party scene in New York City at the time. Jeter was still a youngster in the Big Apple, but he was already making a name for himself in the pinstripes. Rapper Fat Joe talks of his first interaction with The Captain. Take a listen.

"I had fun! If I said I didn't, I'd be lying to you." #TheCaptain pic.twitter.com/3vAZiH6irA

“I seen him for the first time, Puff Daddy had a party. I was like, ‘Holy Sh-t, it’s Derek Jeter.’ He was partying, most beautiful women in the world. Just many temptations. A lot of trouble you can get into. And you’ve go to understand, baseball money is different than any other money. They didn’t make up something called ‘Baller Alert’ for no reason.

The clip then cuts to Jeter, who makes a hilarious quip about the party scene in New York.

The Captain then chimed in on his time in the big city, saying he enjoyed himself in NYC.

“I had fun! If I said I didn’t, I’d be lying to you. We went out because we were in New York and because we had success. And Yankee Stadium was where the cool kids went. We always had access. You could meet anyone. But don’t think it could happen now. I’ve joked before and said, ‘If there were phones back then, my career would’ve been three years long.'”

For the Yankees, it’s a good thing Jeter’s career lasted longer than three seasons. For those that played against him, they probably wish he’d played in another era.