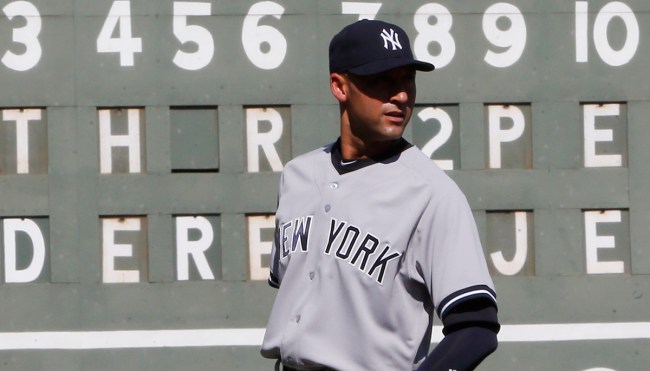 I have long maintained that the series of events that led to the Boston Red Sox winning the World Series in 2004 was simultaneously one of the best and worst things to ever happen to baseball.

It was truly magical to watch the franchise snap the Curse of the Bambino and bring an 86-year championship drought to an end—a victory that was only made sweeter by the team’s historic comeback against the Yankees in the ALCS.

However, that postseason was arguably the encapsulation of what makes sports so great, and once the dust settled, there was really nowhere to go but down.

The demons that were vanquished during that playoff run also left an indelible impact on the rivalry between the Red Sox and the Yankees, which became instantly tamer after previously transforming into one of the most vitriolic relationships in the history of sports thanks to the number of heated showdowns between the two teams in the early 2000s.

Every card-carrying member of Red Sox Nation had an obligation to despise Derek Jeter on principle, but with that said, most fans of the boys in Beantown secretly respected the captain (I remember literally tipping my cap when he jumped into the stands in Yankee Stadium during one of the more memorable moments of his career).

That reality was reflected in the send-off Jeter received from the hometown crowd at Fenway Park during the final at-bat of his career.

With that said, ESPN had to know it was going to rustle a few jimmies with a billboard that recently popped up on the parking garage in the shadow of the Green Monster on Landsdowne Street promoting The Captain, a seven-part documentary series chronicling the career of the Yankees legend.

This billboard for "The Captain" outside of Fenway Park 👀

Based on some of the reactions, they succeeded in that quest (while plenty of other fans chimed in to endorse this particular form of trolling).

Not as good as having Big Papi's jersey buried in the concrete of Yankee Stadium. https://t.co/a9MfNW4oUH

This is a hate crime. Mostly cause I hate it. https://t.co/dJkWk2jO11

I used to live right outside Fenway, and I could hear the crowd chanting “Yankees suck” EVEN WHEN THE SOX WEREN’T PLAYING THE YANKEES. This is some A+ trolling. https://t.co/b6R9R69Qbr