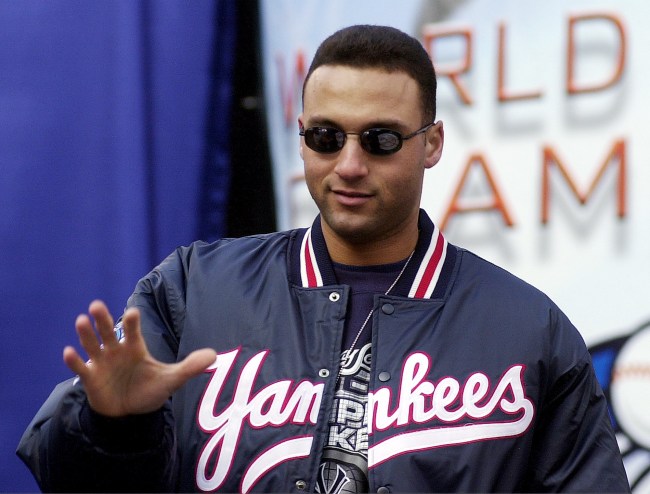 Derek Jeter was quite literally the King of New York for decades. The Captain was a 14-time All-Star who led the New York Yankees to five World Series titles and he was named MVP in the 2000 (Subway) World Series against the Mets. He also kept the city endlessly entertained in the tabloids as he shacked up with some of the biggest names in Hollywood. But according to Derek Jeter, all that could’ve gone very differently had the 2000 World Series not been won by the Yankees.

He’s mentioned in passing before that he would’ve moved if the New York Yankees lost to the Mets in the 2000 World Series but he really doubled down on that claim in a recent interview on WFAN Radio where Jeter discussed how it was truly a battle for the city of New York.

The Yankees beat the Mets in five games (Mets won game 3) and it’s truly wild to think about how different baseball might’ve looked over the past few decades if the Mets won that series. The first game of the 2000 World Series went to 12 innings but the Yanks eventually won 3-4 and the tone was set. Another wild stat from that World Series is the five games were decided by a total of 7 runs, meaning 3 of the 5 games the winning team only won by 1-run and they won by 2-runs in the other two games.

As Jeter tells it, if the Yankees didn’t win that World Series and the Mets were the New York team that raised the trophy he was out:

“I’ve joked about it before, but I really mean it – I moved to Manhattan when I was 21 years old, but if we didn’t win that World Series against the Mets, I think I would’ve moved out of the city,” Jeter told Jack Curry. “In my mind, it was a battle for New York, and we were playing for something pretty special, winning three championships in a row.”

Jeter was the MVP of that World Series after hitting .409 over the five games, and perhaps his crowning achievement was a leadoff home run in Game 4, one that quickly silenced the raucous Shea Stadium crowd and put the Yankees back in the driver’s seat less than 24 hours after the Mets had rallied back for a late-innings win in Game 3.

“The Mets had a great team, and all eyes were on New York. We had to win,” Jeter said. “I felt as though we had everything to lose. I hate it when a team says, ‘well, we have nothing to lose,’ because you have a World Series to lose. But, I think for us it was a little bit more than that, so thank God we were able to win that series.” (via WFAN)

"If we didn’t win that World Series against the Mets, I think I would’ve moved out of The City."

– Derek Jeter on the pressures of the 2000 Subway Series

I don’t really remember a ton from that particular World Series but I recall Mike Stanton throwing lights out and Mariano Rivera had a huge moment when he set some record for something like becoming the first pitcher to record the final outs in some number of consecutive World Series games.

As for Jeter’s comments, he can say he would’ve left NYC all he wants but I still don’t believe him. Even if he was dragged for losing the World Series to the Mets which is a massive hypothetical since it never happened, he could’ve regained public favor but winning a few more World Series for the Yankees after that, which he did anyway.