Derrick Jones Jr. Had The Craziest Dunk Of The Year Against The Raptors And NBA Twitter Exploded 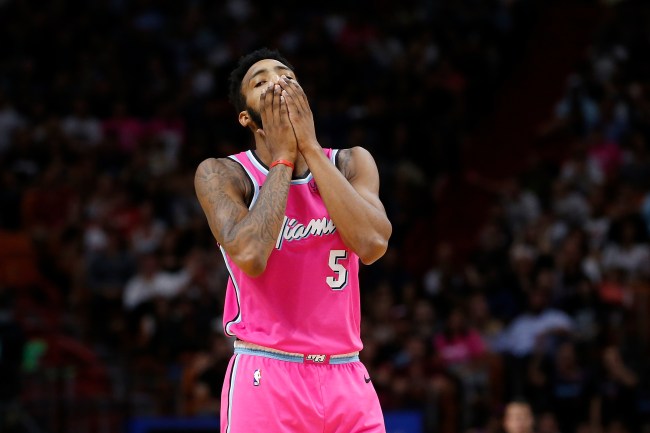 Some are calling what happened in the waning minutes of the Raptors blowout win over the Heat ‘the dunk of the century.’ Others more bluntly exclaimed, ‘holy shitballs.’ I nearly spit out my ninth beer in what ended up being a raucous little Sunday.

Former dunk contest runner-up Derrick Jones Jr., who has earned the nickname “Airplane Mode” for his creative use of his 48” vertical, may still be in orbit after catching a less-than-perfect alley-oop from teammate Bam Adebayo and viciously hawked it down. No, it doesn’t matter that it was garbage time and the hear would go on to lose by 21. This dunk looked to me to be a monumental achievement in human athleticism.

Sidenote: I don’t want one of you bastards saying that this isn’t technically a dunk because he didn’t touch the rim. No. If you’re looking into the hoop from three feet above the rim, it counts. It’s a dunking loophole. Deal with it.

DERRICK JONES JR. JUST JUMPED OUT OF HIS SHOES 🚀

The slow motion clip is silly.

Suffice it to say that NBA Twitter’s pants got a little tighter.

Derrick Jones Jr gotta get a jumpman contract after that dunk

I feel like a total tool for being able to grab rim in my hayday. God, why didn’t I take up fencing.