HBO Will Air Interview With Deshaun Watson Accusers On Tuesday, Watson’s Lawyer Is ‘Not Optimistic’ 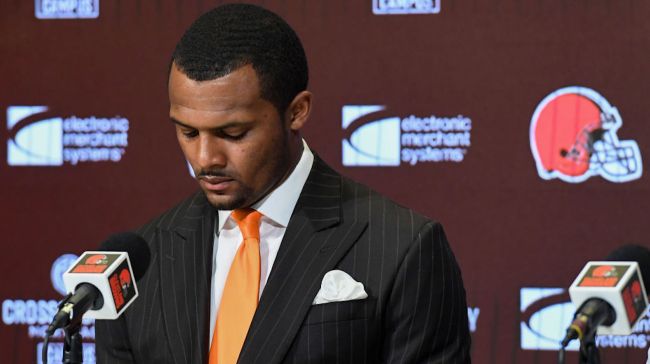 This week’s episode of Real Sports with Bryant Gumbel will be airing interviews with some of the women accusing the Cleveland Browns quarterback of sexual misconduct.

Speaking to Mary Kay Cabot of the Cleveland Plain Dealer, Watson’s lawyer Rusty Hardin said that he’s not “optimistic” about how the episode will paint his client.

“I don’t know what it’s going to be like, but I’m not optimistic. I believe they’ll air the accusations of the women without attempting to look behind it to see what kind of merit do they have,” Hardin said.

The Real Sports with Bryant Gumble episode about Watson will air as the quarterback is in the Bahamas with his new Cleveland Browns teammates (except for Baker Mayfield, of course).

As things currently stand, Watson’s status heading into the 2022 season remains in limbo, because while the 26-year-old signal-caller has avoided criminal charges, he’s still facing multiple civil charges related to the accusations, which could result in the league deciding to suspend Watson for a portion of next season.

RELATED: NFL Reacts To Deshaun Watson And The Browns Offense Going To The Bahamas Without Baker Mayfield