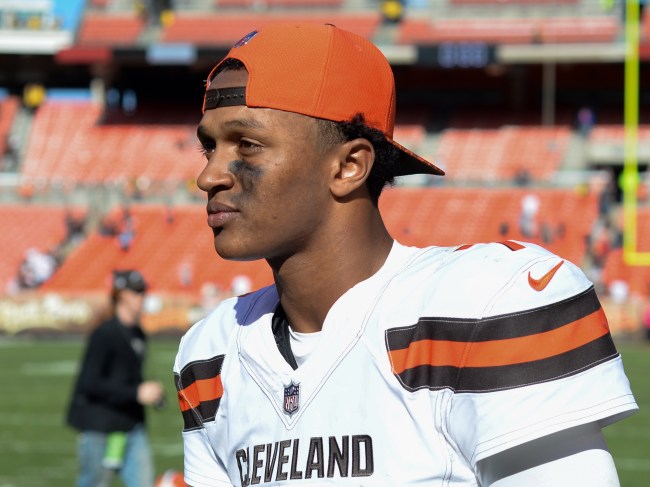 Being a Browns quarterback is the career suicide equivalent of getting a swastika tattooed on your forehead. If that sounds like hyperbole, consider this stat: when backup QB Kevin Hogan takes over for DeShone Kizer in week 6 against the Titans, he will be the 28th starting quarterback since 1999. TWENTY EIGHT. For perspective, the Patriots have had five starting qbs in that same period.

So you can’t blame DeShone Kizer for being benched after week 5 on a winless team who has had a history of murdering quarterbacks. And after the Browns announced they will start Stanford alum Kevin Hogan this week, Kizer took his frustration out passive aggressively on Twitter. The 21-year-old’s official Twitter account liked, then unliked a tweet Wednesday saying “the Browns are and have always will be the worst organization in the league.”

DeShone Kizer just liked a tweet saying “The Browns are and have always will be the worst organization in the league” #Browns pic.twitter.com/0A9dM25l9k

It’s tough to say how much of Kizer’s 51 percent passing, three TDs and nine interceptions through five games is his cross to bear and how much the Browns’ organization perpetual shittiness is to blame, but if I were him I’d keep taking shots at the organization to get traded.

There are dozens of others who wish they went that route…