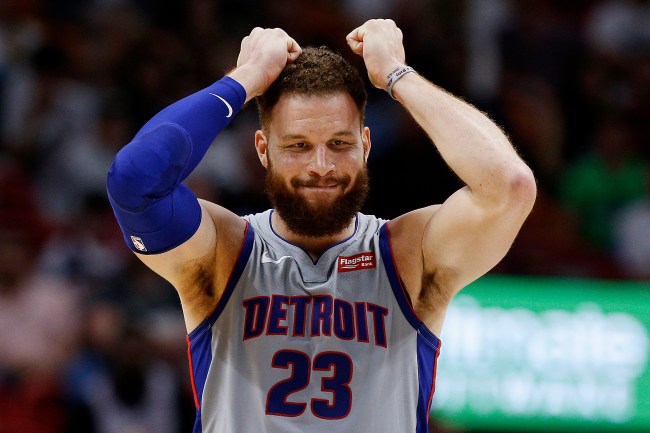 The Detroit Pistons have lost back-to-back games by 30 points a piece to average Eastern Conference teams. They currently sit in 7th in the conference and are at risk of missing the playoffs and an opportunity to win their first playoff series in a decade.

The Pistons need to shake things up. Maybe they need a rousing Blake Griffin pep talk or a team bonding dinner. Or maybe, just maybe, all their problems will be solved by changing their jerseys to celebrate National Pi Day on Thursday, March 14.

Pi is the symbol used in mathematics to represent a constant — the ratio of the circumference of a circle to its diameter — which is approximately 3.14159.

The Pistons tweeted out an alternative jersey to commemorate the day and it was very punny, not to be confused with funny.

As for the reception from fans, cold as pie that’s been left in the freezer.

Delete this before anyone else sees.

As a math major, I am now a pistons fan after seeing these jerseys

and I thought it couldn't get any more embarrassing than losing by 30 in consecutive games. Well done.