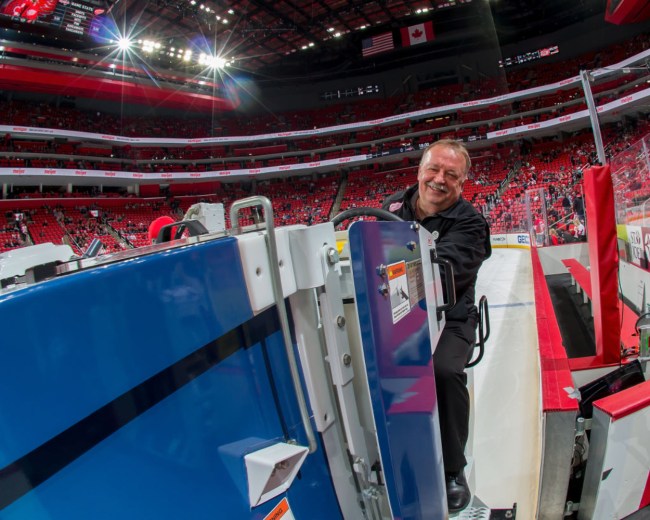 Al Sobotka has been a Zamboni driver for the Detroit Red Wings for 51 years but was recently fired after being caught peeing in a drain. He’s since sued the Red Wings’ parent company, Olympia Entertainment, claiming he was let go for age and disability discrimination.

The 68-year-old says that he has been diagnosed with prostatic hyperplasia, which is a condition that causes an uncontrollable need to urinate.

On February 2, Sobotka stood between two Zambonis and urinated into a drain in the arena. According to the Detroit Free Press, an employee spotted Sobotka peeing in the drain and he was fired two weeks later after initially being suspended.

“Sobotka, according to the lawsuit, experienced an uncontrollable urge to urinate.”

“The nearest facility was 60-70 feet away, so instead, Sobotka used one of the drains that lead into a sewer, designed to handle the ice runoff from Zamboni machines. The area is closed to the public, and access limited to the all-male ice crew.”

Sobotka, who is well-known by Red Wings fans given his long tenure with the franchise, is torn up over his firing.

“I am crushed,” Sobotka told WDIV-TV in Detroit. “It’s like a bomb dropped on you that — every morning you get up, you have nowhere to go now. … Now I just mope around the house. I’m getting tired of watching TV.”

While he also admitted he was “embarrassed” by what happened, he would return to the Red Wings “without any hesitation” if they were to offer him his job back.