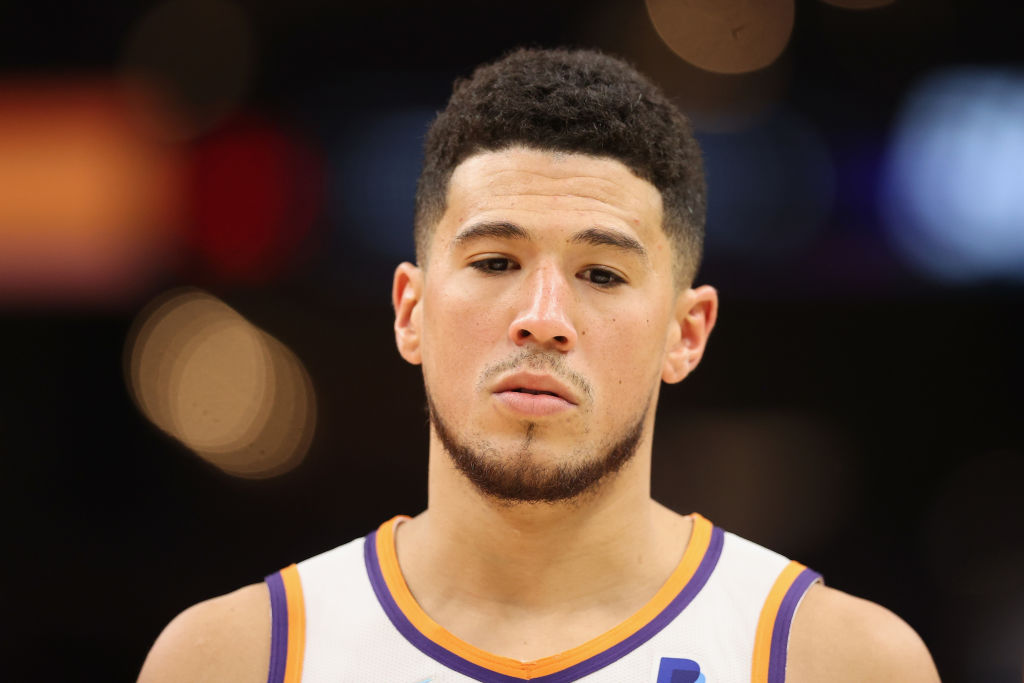 The story of Phoenix Suns owner Robert Sarver using extremely racist language and inexplicable misogyny has hit the NBA like a bomb. Many players and staff in the NBA haven’t even had a chance to respond to the story yet. Draymond Green was the first to publicly react to the news via Twitter.

Draymond was fined a year ago for ‘tampering’ by the NBA when he remarked that Suns star Devin Booker should GTFO of Phoenix. In hindsight, that doesn’t look like tampering at all and just a great judgment call.

This is one of the more explosive revelations in the report about Robert Sarver (via ESPN):

After the loss, Suns majority owner Robert Sarver entered the coaches locker room, Watson told ESPN.
“You know, why does Draymond Green get to run up the court and say [N-word],” Sarver, who is white, allegedly said, repeating the N-word several times in a row.
“You can’t say that,” Watson, who is Black and Hispanic, told Sarver.
“Why?” Sarver replied. “Draymond Green says [N-word].”
“You can’t f—ing say that,” Watson said again.

There was also this INSANE revelation in the report:

nah this is wild pic.twitter.com/v6yLlIKk4n

Suns star Devin Booker was asked about the Robert Sarver allegations and this is what he had to say:

"I wasn't aware of the situation and in my 7 years that I've been here, I haven't noticed that but that doesn't make me insensitive to the subject." Devin Booker on alleged argument between Earl Watson and Robert Sarver and Sarver using N-Word in relation to Draymond Green. #Suns pic.twitter.com/LM8f9kERE6

Booker backed Phoenix Suns coach Monty Williams as the “perfect person” to navigate this moment with. the team. He told reporters Williams is “the best at that, at managing situations, controlling the room and keeping people focused forward.” (via Yahoo!)

Coach Williams also spoke with reporters about the bombshell ESPN report. Here’s what he had to say:

Monty Williams believes the players will "rally around each other" as allegations directed at #Suns team owner Robert Sarver are swirling. pic.twitter.com/wQYplHEGod

It’s pretty straightforward. They didn’t deny any of the racism or misogyny. What they admitted is they hadn’t seen it firsthand but added they are sensitive to the situation.

Booker also made sure everyone knows he’s backing former Suns coach Earl Booker in this situation.

NBA insiders have warned that Robert Sarver will lose his ownership of the Phoenix Suns in the future. The working theory being other owners will vote on it and the NBA will force him to sell the team. There are now ongoing investigations into what did or didn’t happen and we won’t know the fate of the Suns’ ownership for quite some time, I’d suspect.

The Phoenix Suns are currently 4-3 on the season. They host the Atlanta Hawks at home for their next game on Saturday and beat the Houston Rockets 111-123 on Thursday night amidst the unfolding scandal.