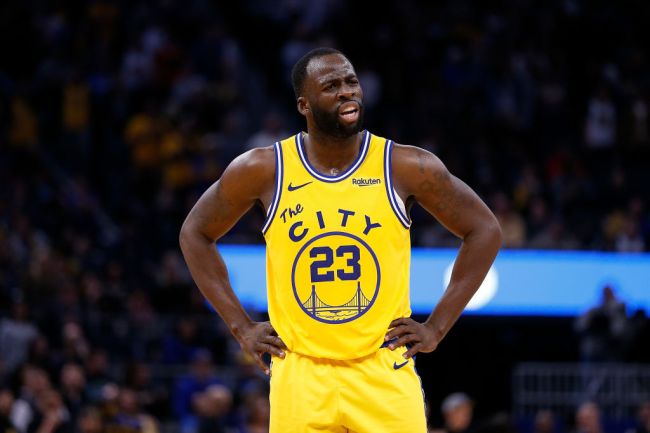 Draymond Green has never been a fan of the Phoenix Suns franchise and it turns out he may have been justified in his thinking.

Last year, Green was fined by the NBA for tampering after he said Devin Booker should leave the Suns due to the team’s poor management.

Draymond Green talking Devin Booker on @NBAonTNT: "Get my man out of Phoenix. It's not good for him, it's not good for his career. I need my man to go somewhere he can play great basketball all the time, and win."
Ernie Johnson: "Are you tampering?'
Draymond: "Maybe" pic.twitter.com/vTUn4pK3iq

On Thursday afternoon, ESPN dropped a bombshell story that claims Suns owner Robert Sarver once repeated the N-word while complaining about Green’s language on the court.

“You know, why does Draymond Green get to run up the court and say [N-word],” Sarver, who is white, allegedly said, repeating the N-word several times in a row.

“You can’t say that,” Watson, who is Black and Hispanic, told Sarver.

The anecdote offers a glimpse into conduct that, sources told ESPN, Sarver has often exhibited since buying the Suns in 2004. Interviews with more than 70 former and current Suns employees throughout Sarver’s 17-year tenure describe a toxic and sometimes hostile workplace under Sarver. Some told ESPN that he has used racially insensitive language repeatedly in the office

After ESPN’s report dropped, Green reacted to the story by taking a shot at the NBA.

But I was fined?? Lol smh

Sometimes you have to see deeper than the surface. Always layers…