Last year Dale Earnhardt Jr. called it a wrap on his career on the NASCAR circuit driving the #88 car. To send Dale Jr. into an asphalt sunset, Dew recruited fictional driver Dewey Ryder to take over the Mountain Dew mobile. The result was comedy gold, with Danny McBride’s character becoming a beloved “bush league Ricky Bobby” who “has no racing experience… and…. no training behind the wheel.”

Dewey is back for the 2018 NASCAR season. In his latest video, he gives a tour of his race car, complete with a Mountain Dew fridge, a gnarly self-portrait on the hood and joystick with missile locking capabilities because it *might* be from a black market MIG.

Check out the video above. The world needs more Dewey Ryder – even non-motorsports fans can appreciate McBride’s craft at putting together an all-left turns Kenny Powers. 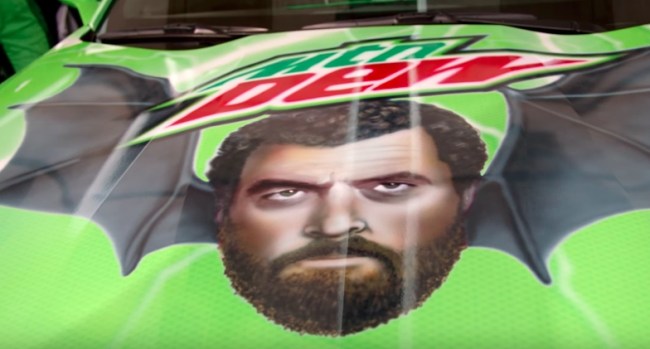