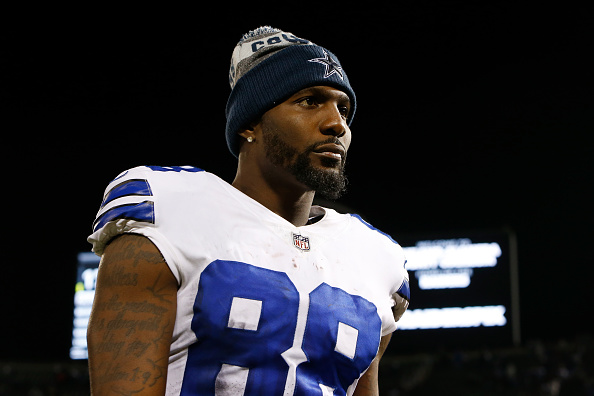 When Dez Bryant was cut from the Dallas Cowboys earlier this year he immediately blamed Cowboys coaches for wanting to push him out.

The way this whole situation got handled, I felt like I asked some of them to be a man about the situations a long time ago and they couldn’t,” Bryant said. “I’m not talking about no players, because all of the players, you know, we A1. … I’m trying my best to sugarcoat it, but I can’t.”

“I won’t put no names out, but they know and I want them to know: I know,” Bryant said. “I’ll shoot them a text message and let them know. Little do they know is, you know, they can wear that ‘C’ all they want to, but in that locker room, they know they run and they talk to. They know who they communicate with. Everybody knows where the real love is at. I’m not throwing anybody under the bus, but that’s the difference between me and them.”

Bryant hasn’t been signed by a team as of yet and he spent Sunday trolling his former coaches as the Cowboys lost to the Panthers.

Naw I’m ok.. I rather go somewhere I can show case my skills for real.. if I line up next to Gronk hogan Edelman I’m for sure getting a 1 on 1 match up plus I won’t be getting criticized controlled for expressing my love for the game..Washington is cool as well https://t.co/lywVw8QzIa