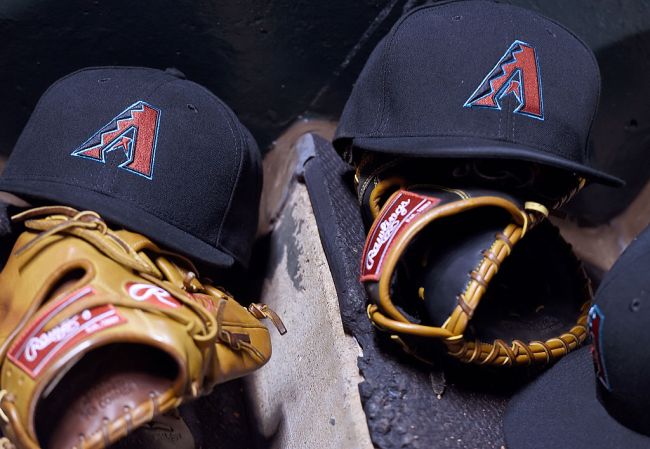 We’ve all had a friend go on a date and wondered how it was going. Well, former college soccer player turned E-Sports star Connor Buckley — aka “@BuckArmy” — decided to get his answer. His roommate was on a second date at a Diamondbacks game, so he tweeted at the team to check in on them at the game.

Hey @Dbacks my roommate is on a date 6 rows above home plate. Any chance we could tell the camera man to zoom out a bit so I can see how it’s going???

Arizona’s social media manager decided to play along and what transpired was an amazing love story for the ages. At first, he was directed toward the organization’s TV broadcast partner.

But then the Diamondbacks got curious and began their mission to locate the budding couple.

He’s wearing a red Dbacks spring training shirt and I think the girl is wearing green.. I really hope he didn’t lie about his seats

As it would turn out, the roommate had lied about his seats and it seemed as though all hope was lost.

However, Buckley wasn’t soon to give up and got a better sense of where the two were sitting— even checking his buddy’s location.

While Arizona was successful in finding the two, Buckley needed to know more.

As the Twitter thread began to pick up steam, the team obliged to the request.

I love you guys 😂

At this point, everybody involved needed to know how the story ended.

We're invested in this now. Keep the updates coming.

Not to worry. The covert ops mission continued.

It was at this point when the roommate and his date started to catch on.

The night ended in a success and the two made it onto the Chase Field videoboard for the whole stadium (and internet) to see.

Glad my 2nd date was broadcasted to all of Twitter😂❤️ https://t.co/373QnBfQDF

One final update came in the 7th inning and the team said that the couple appeared to be having a great time— which they took credit for. They even went over to say hello and capitalize on a great marketing/social opportunity, but also to make sure that the two would forever remember their second date.

But the question on everyone’s mind: is there gonna be a third date?? https://t.co/9O4SrYMPWo pic.twitter.com/7HNPqRQzva

If there isn’t a third date, we riot.