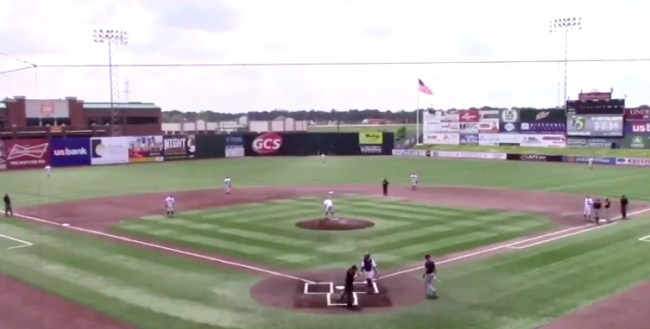 Did you happen to catch the opening day of D-III regionals featuring Rhodes College vs. Franklin College? Well, for the few of you who missed it, Rhodes eeked out a 4-2 victory over its opponent, but not before some entertaining theatrics towards the end of the game.

Rhodes closer Nick Bosma came on for the final three outs, walked the leadoff man, and then proceeded to vomit just outside the mound. It’s unclear whether Bosma was nervous, hungover, or both, but the young man bounced back quite nicely–retiring the next batter and then causing the next to hit into a double play to end the game.

Props to the announcing crew on this one for not being nearly as sophomoric as they could have been.

#4 Rhodes vs. #5 Franklin from earlier today

Rhodes, up 4-2 heading to the 9th, brings in closer Nick Bosma to lock down the save