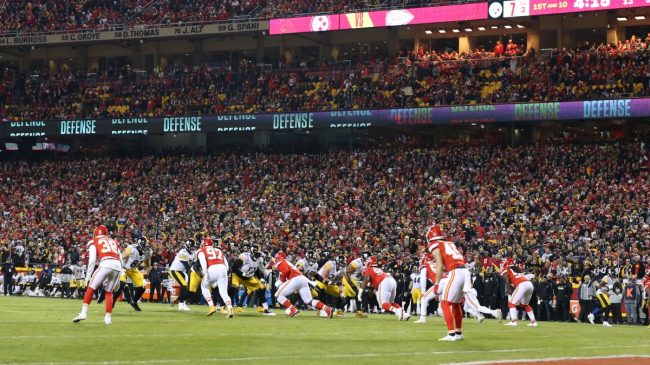 If you’ve ever wanted to watch out of market NFL games, you’ve often run into a bit of frustration.

DirecTV has had the NFL Sunday Ticket package since its inception in the mid 1990s. That means in order to watch, you’ve either had to pay the satellite provider’s ridiculous annual prices or watch from a bar rather than the comfort of your couch.

Now, though, that could all be changing.

The NFL’s contract with DirecTV runs out after the 2022 football season, meaning the rights to the package will be up for the taking. After nearly three decades, fans may now have an easier, less expensive avenue of watching their favorite NFL teams play on Sundays.

The league is expected to partner with a streaming service this time around, with one leader beginning to jump out in front.

Apple TV, according to Pro Football Talk’s Mike Florio, is “likely” to land the Sunday Ticket package. They’re expected to beat out Amazon Prime, who already partners with the NFL for Thursday Night Football broadcasts.

Apple reportedly has emerged as the likely destination of the NFL's Sunday Ticket package. https://t.co/TnY2Vr9aa3

The league has said it wants “spread its rights around so everyone is invested in its success,” though that’s probably just code for selling to the highest bidder.

And Florio has intel that a deal is already in place behind closed doors. A price could reportedly land in the range of $2.5 billion per year.

If true, that’s a huge win for Apple.

With the news that NFL Sunday Ticket is moving away from DirecTV, fans are taking to social media to post reactions of joy. Check it out below.

Sunday Ticket no longer held hostage by DirecTV would be an Avengers-level victory. https://t.co/QxeDSuRtkQ

AppleTV+ landing the #NFL Sunday Ticket package could make it significantly easier for people to cut the cord. Finally.

The price of AppleTV+, Disney+/Hulu Live/ESPN+ bundle, Netflix, and Amazon Prime would give the average household just about everything they need.

Many are wondering if DirecTV will even be relevant after losing the NFL partnership. It really was the last thing keeping many of its customers from cutting the cord.

Apple is reportedly going to get “NFL Sunday Ticket,” meaning most sports fans will have no need for DirecTV any longer. https://t.co/m2prSJFIb3

The news of the likely move is huge for NFL viewers. Hopefully, getting access to your favorite teams will become much, much easier.