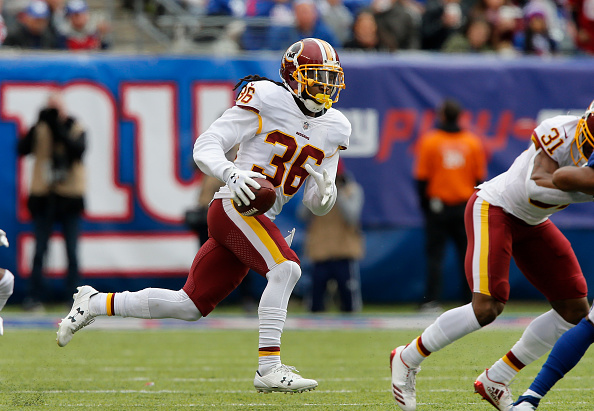 We should have blowed them out,” . “If I’m the D-coordinator, I’m calling zone every time on third down because you got a backup quarterback. Make him beat us.

You don’t put Fabian in that situation on a backup quarterback,” Swearinger said. “Regardless of the [officials’] call, yeah, the ball was overthrown. But if we look at the quarterback, with all this talent we got in the back end, we could dominate every team every week. But I’m not the D-coordinator, bruh. We didn’t make the plays, I guess. There were plenty of plays out there to make, so we didn’t make the plays to win the game.”

I voice my frustration every single time I come off the field,” he said. “I’m a very smart football player. I probably watch more film than the coaches. That’s 100. That’s probably documented. I try to give my insight, but it doesn’t work. So I can only put my heart in this s—, dog … and give them what I can give them. Whether they take it or not, that’s another thing. That’s where the frustration comes in at, when we don’t win.” 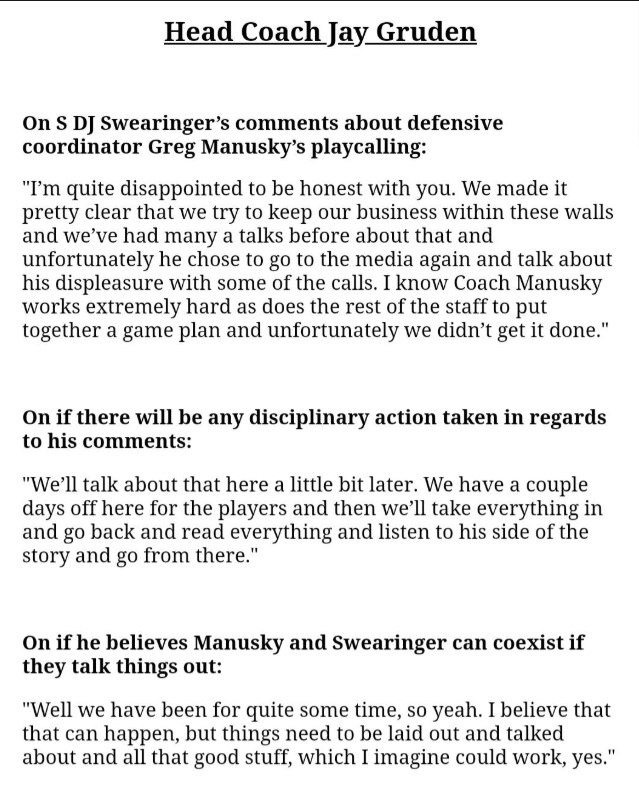 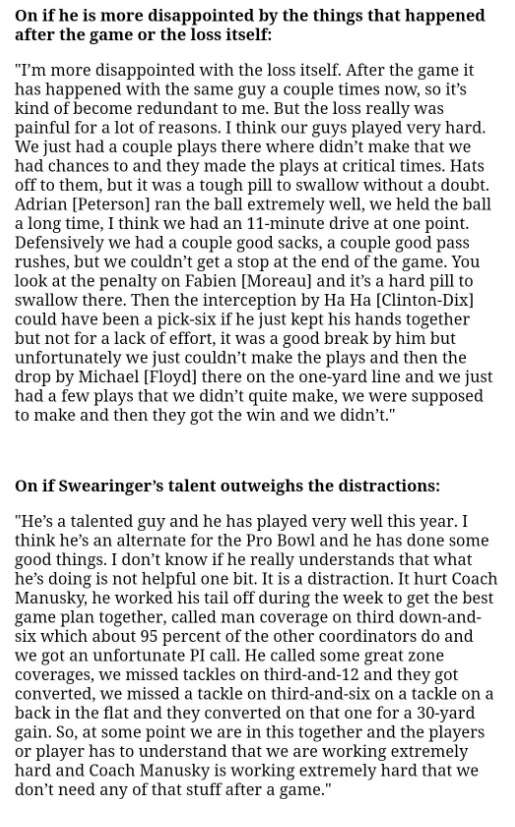 Two days after his comments Swearinger was called into Gruden’s office and told that he was being cut by the team.

BREAKING NEWS: D.J. Swearinger said he was called into Jay Gruden's office and RELEASED by the #Redskins.

Swearinger went on 106.7 The Fan and continued to rip the Redskins following his release.

DJ Swearinger, on @1067theFan, highlighted #Redskins’ “laidback” approach. Noted, under Bruce Arians, Cardinals “practiced 10x harder” than they did in WAS.

Swearinger adds #Redskins have the the defensive calls to be “a top-notch defense…. but the thing is, do we use the bullets in our gun? Or let the gun jam up?”

Listening to it again, it sounds like he says "I did a slap in the face," so maybe he means his comments about the play-calling: pic.twitter.com/mF5LxI5W2e