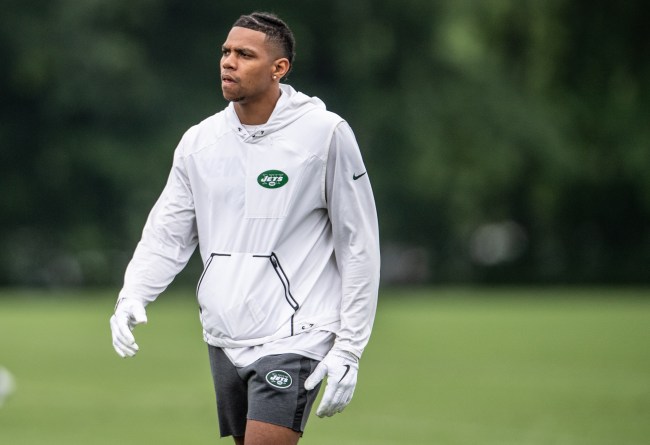 Thankfully, the New York Jets and Washington Redskins don’t square off in the regular season because there’s a high likelihood Goodell would have a dead body on his hands.

The two teams are engaging in joint practices this week to prepare for the regular season and it’s jam packed with all the drama you’d expect in a WWE Royal Rumble. On Sunday, a Jets player made late contact on Redskins right tackle Morgan Moses, who was then ushered off the practice field limping on the leg he had surgery on in January. The late hit resulted in several players on both teams throwing hands.

The drama continued today in Richmond, Virginia between two former teammates–current Washington corner DJ Swearinger and Jets wide receiver Terrelle Pryor. Swearinger got in the face of Pryor, who has rubbed many opponents the wrong way in his six-year NFL career, after he couldn’t come down with a reception in the end zone.

The 5’10” Swearinger then pump faked to punch the 6’4” Pryor, who was noticeably shook.

D.J. Swearinger got a major flinch out of Terrelle Pryor when he faked a swing at him 👀

The incident incited some important discussions on the web.

How u flinch and ur in full pads?

Tf is supposed to do let him hit him?

Pryor trying to play it off pic.twitter.com/xG0cPw49yd

Pryor hopes to bounce back from a dismal season in Washington last year in which he caught only 20 passes for 240 yards and one touchdown after registering a 1,000 yard season in Cleveland.