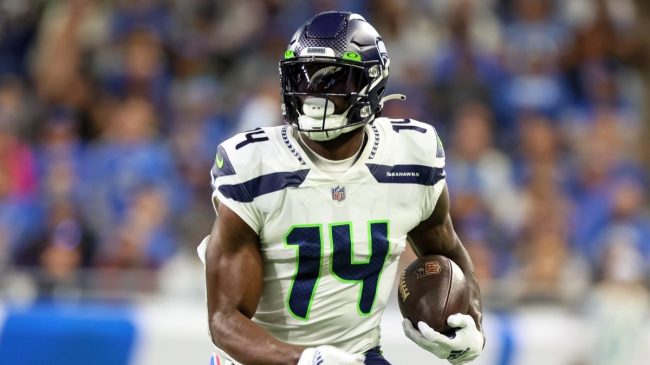 Metcalf tweeted out a hilarious response to the video of him getting carted off of the field. “That clinch walk wouldn’t have made it.” Hey, at least he owns up to it. Unlike Paul Pierce who waited years before he admitted he had to poop really bad after being literally carried off of the court in pain. At least DK Metcalf sat there chilling out and wasn’t looking like he was in agony.

That clinch walk wouldn’t have made it 😂 https://t.co/tYvaWQSaa6

However, Lamar Jackson has him beat. The Baltimore Ravens quarterback shuffled his way to the locker room before coming back to the game. However, it sounds like DK Metcalf was on the struggle bus against the Lions, as he hilariously admits he wouldn’t have made it otherwise.

We’re just glad DK Metcalf is okay and didn’t suffer a serious injury. It’s usually not a great sign when a player is being carted off of the field. But hey, when you gotta go, you gotta go.

Seattle has surprisingly achieved a 2-2 record to begin the season. They’ll aim to keep the ball rolling in Week 5 as they go up against the New Orleans Saints. Look for the Seahawks’ star receiver to continue playing a large role, with or without any potty breaks.