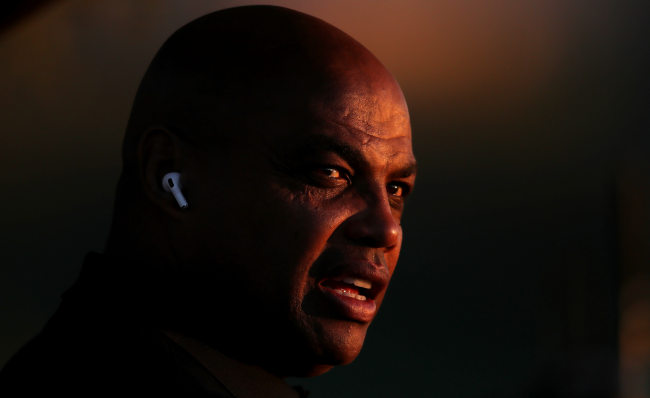 If there is one thing we know for sure about NBA Hall of Famer Charles Barkley it is that he is not afraid to share his opinions on things.

The Round Mound of Rebound has basically made a second career out of expressing his opinions.

So why not make a whole TV show around Chuck just telling it like it is (or as he sees it)?

That is the idea behind a new feature documentary series that was announced by Turner Sports on Wednesday.

Called The Great Debate with Charles Barkley, the six-part docuseries “will feature Barkley telling the stories of the players that inspired him and explaining what a debate that covers 75 years of NBA history is truly about,” according to a Turner Sports release.

Directed by multiple Emmy Award-winner Scott Boggins, the film consists of six profiles, each centered on one of Barkley’s “greatest” players by decade, woven together by a roundtable hosted by Barkley with esteemed guests Spike Lee, Jackie MacMullan, and Renee Montgomery. The players’ contributions will be measured by their off-the-court accomplishments alongside their on-court heroics.

“I am so proud of this film,” said Barkley. “We’ve taken a very different approach by expanding the conversation about the GOAT to include the massive impact my top choices have made on American culture, civil rights, the business world and even our identity as a country. And it’s really entertaining too.”

Boggins, who has won 12 Sports Emmys, previously worked as a producer on HBO’s popular 24/7 documentary series between 2007 to 2011 and on The Circus: Inside the Greatest Political Show on Earth, which has aired on Showtime since 2016.

The Great Debate with Charles Barkley premieres on May 18 at 6:30 p.m. ET on TNT, just prior to the network’s NBA playoff coverage that evening.

No word yet on if Barkley will be continuing one of his most famous debates that took place during this year’s NCAA Tournament.