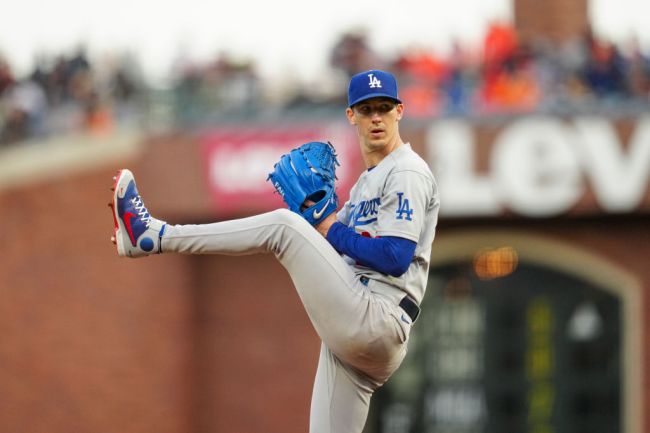 Chris Taylor sent the Los Angeles Dodgers to the NLDS with a walk-off home run against the St. Louis Cardinals on Wednesday and the Dodgers celebrated accordingly.

A lubricated Max Scherzer may have stolen the show with his shirtless interview following the game, but fellow pitcher Walker Buehler had a pretty epic moment after the game as well.

Double-fisting two Bud heavies in the locker room, Buehler decided to use his teeth to open up the bottles. The bottles were the aluminum twist-offs, however, so no teeth were required to suck down the nectar of the gods, but Buehler went that route anyway.

@cjzero Buehler realizes those are twist caps on the beer bottles right? No need to use your teeth! pic.twitter.com/4WU3Fcok5P

Fans of course took notice of Buehler’s beer-opening tactics, but he didn’t care what they had to say. The former Vanderbilt star had a message for everyone criticizing him on Twitter.

I open twist offs with my teeth because I choose to. It’s fun and it makes me feel cool. If you think it’s weird cuz you wanna use a bottle opener, then you haven’t drank enough beers in your life.

You have to appreciate Buehler’s tweet here, not only because he’s being honest, but because it’s factual. Anyone that calls themselves a beer drinker has 100$ opened a beer with their teeth before.

Opening beers with your teeth is the oldest party trick in the book.

Now, I’ve never seen a human use their teeth to open a twist-off bottle, but hey, if this is Buehler’s strategy, he’s not hurting anyone. He certainly makes plenty of money that if he were to damage some teeth in the process he’d be covered on the dental front.

Also, let’s not forget that Buehler is a pitcher. He can’t be damaging his precious mitts by opening beers with his hands. Teeth are just teeth.