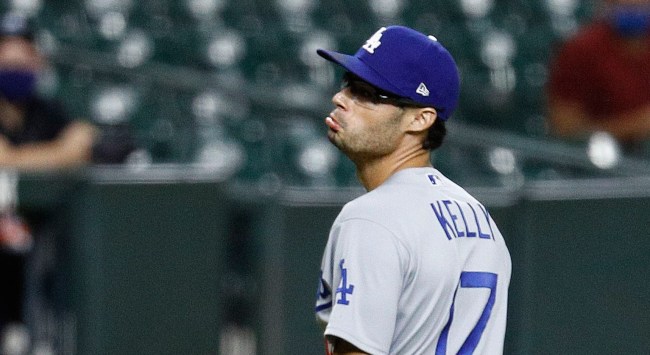 Love him or hate him, Joe Kelly has more World Series rings than the Tampa Bay Rays, Colorado Rockies, Seattle Mariners, Milwaukee Brewers, San Diego Padres and Texas Rangers and that’s just a fact. The 32-year-old Dodgers pitcher has had an up-and-down career, but finished off his 10th year in the league with a World Series championship in October. While his ERA was nothing to scoff at last season, his standout moment came during intra-league play in July.

Los Angeles traveled to Houston for a short series against the Astros, marking the first time that Kelly had faced the AL opponents since the conclusion of their cheating scandal. If you don’t remember, Houston was involved in a massive sign-stealing scandal that resulted in a suspension for manager A.J. Hinch, Alex Cora and Carlos Beltran. None of the players were punished, which is bogus, but the evidence is pretty damning against their innocence.

Kelly, who was on the losing end of the Red Sox’s ALDS series against the Astros, did not take kindly to the fact that his opponents, and eventual World Series champs that year, had cheated. So when he saw them again last year, he threw at the head of Alex Bregman and Carlos Correa, who were both (allegedly) involved in the scandal. Kelly struck out Correa and chirped back “nice swing, bitch,” and “you’ve got to cheat to hit,” while making a frowny face in his direction— as if to say “too bad, so sad.” It was a heated incident and the benches went on to clear for both L.A. and Houston.

The Dodgers went on to win the game, the series, and eventually the World Series. Kelly and the rest of his teammates from last season received their championship rings on Friday, during the organization’s home opener and he made a conscious effort to troll the Astros one more time.

Screams from the haters, gotta nice ring to it. pic.twitter.com/UzldkJmGTg

It was a glorious moment for the California-native and he made sure to get his money’s worth with a picture that should be hung in the Lourve. Kelly got a ring without cheating and the Astros did not—  he wanted to remind everyone of that fact. Savage.