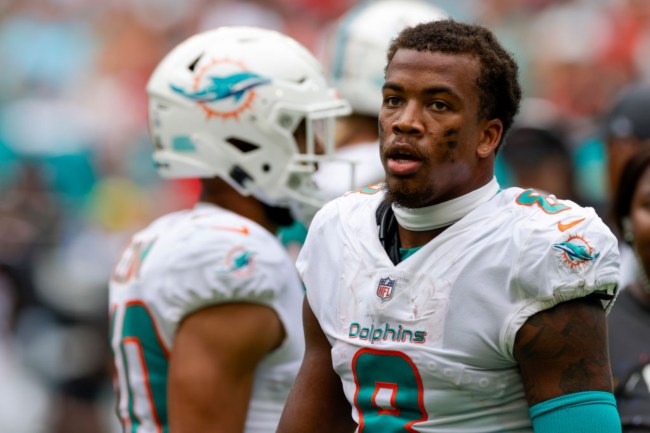 Miami Dolphins defensive back Jevon Holland was greeted with a rude awakening when he first arrived in the state of Florida last season. Not by the people of Florida, his teammates, or fans, but the amphibians that occupy the state.

Speaking with the Miami media on Wednesday, the second-year defender explained that he was uncomfortable when he first arrived in his new home city last year.

Holland said that he went out for his first South Florida jog after being drafted by the Dolphins and spotted a frog. He thought the frog was an alligator, however, and he made the executive decision of running the opposite way and back to his hotel.

When Jevon Holland first got to Florida, he says he was nervous about a new environment. So much so, that he saw a frog on his first South Florida jog, thought it was a gator, and ran back to his hotel room.

I don’t doubt for one second that there are frogs in Florida that are the same size as alligators. Florida is the closest thing we have in the States to Australia, you never know what kind of creature you’re going to see in the Sunshine State.

You can’t really blame Holland for being scared by a frog. He was born in British Columbia and played college football at Oregon. He’s not used to seeing humongous frogs while out for a simple jog.