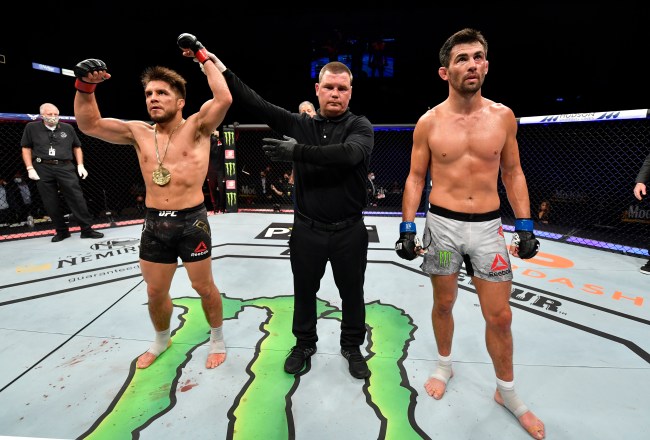 Dominick Cruz is not happy with referee Keith Peterson.

Cruz’s fight with Henry Cejudo ended in controversy when Peterson stopped the fight while Cruz was attempting to recover from a vicious knee delivered by Cejudo.

Close call. Cejudo landed a big knee and subsquent punches on the ground. Cruz is unhappy about the stoppage.

Hate him or like him the “King of Cringe” Henry Cejudo is no joke. Early stoppage though? The announcing crew thinks so. I think it was justified #UFC249 pic.twitter.com/HfTWqF5TMU

During the UFC 249 postfight show, Cruz claimed Peterson “smelled like alcohol and cigarettes” and that he wished he could have had him replaced before the fight.

Dominick Cruz on the #UFC249 post-fight show claims referee Keith Peterson “smelled like alcohol and cigarettes” during his fight. Said he wanted to have referee changed when he stepped in the cage.

Kept it 💯 @dominickcruz. Love to see it! Was a robbery tonight! #ufc249 @danawhite pic.twitter.com/RiobpHfS9s

That’s a pretty wild claim by Cruz to make after the fight.