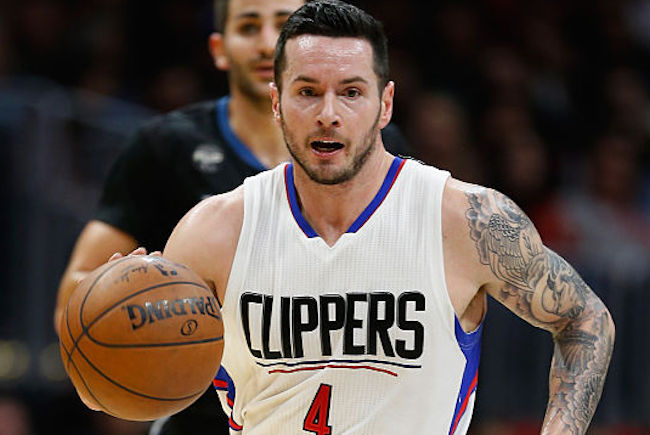 Mike Krzyzewski has coached plenty of talented players during his 39 seasons at Duke, but over the course of that almost four-decade span, he’s carved out a particular niche for himself in the form of what I like to refer to as “The Coach K Special,” a dish he’s served up time and time again that features an extremely hatable white dude who lights it up in college for a couple of years before pursuing a largely forgettable NBA career.

Christian Laettner managed to get his own 30 For 30 because of how despised he was when he played for the Blue Devils but he’s far from the only person to fit the aforementioned description, as you’ve also got Chris Collins, Grayson Allen, Jay Bilas, Greg Paulus and plenty of other guys who seem like they would try to fight you after learning you’re the owner they claimed to be boys with when you asked them who they knew at a party at your house.

I wasn’t alive to see Laettner hit “The Shot” and subsequently can’t hate him as viscerally as many people who watched him play do, but with that said, I can only assume they feel the same way about him as I do about JJ Redick, who is the consummate Duke villain as far as I’m concerned.

I should say that Redick seems like a pretty chill dude based on everything I know about him now, as he comes off like much less of a douchenozzle with 14 seasons of NBA experience under his belt. I also have to give credit where credit is due to the Magic for doing what I never could have by overlooking his extremely punchable face and drafting him in 2006 to give him the chance to pursue what will ultimately be remembered as a pretty solid professional career.

However, it turns out another one of Redick’s physical attributes almost cost him the chance to play for the Clippers, as Doc Rivers recently chatted with Ernie Johnson about the time he recruited the guard to take his talents to Los Angeles only to learn owner Donald Sterling was attempting to nix the deal because—wait for it—he didn’t like having white guys on the team.

There is obviously a lot to unpack here, as this is the same Donald Sterling who was banned from the league in 2014 thanks to a recording of him scolding his mistress for inviting black people—including Magic Johnson—to come with her to watch a Clippers team that he apparently only wanted black guys to play on.

Here’s how things went down according to Rivers:

“He was going to sign with Minnesota. I literally talked JJ out of it. ‘Come play with me, come play with the Clippers, with Chris Paul and DJ and Blake. You’d be a great fit.

The trade’s done—or the free agent signing is done—JJ agrees, I jump on a plane, I fly back to Orlando, and I get a call from Andy Roeser. [He] says, ‘Hey the deal’s off.’ I say, ‘What do you mean the deal’s off?’ ‘Donald doesn’t like white players.’ And I said, ‘Excuse me?’ ‘Donald Sterling said no.’ I said, ‘Well we’ve already agreed!’

So I land, I’m in the garage of the Orlando airport,” Rivers added. “I get a call from Coach K, who’s upset because of JJ. I get a call from JJ’s agent, I think it was Arn Tellem, who’s screaming at me.”

Rivers says he and Sterling got into a heated discussion that ended with him threatening to quit his new gig without ever coaching a game before the owner finally relented, and in the end, it seemed like the situation worked out pretty well for everyone involved (except for the guy who is perhaps only surpassed by Clayton Bigsby when it comes to having the most baffling racial worldview I’ve ever encountered).