Dr. Phil Shares Great Tony Romo Story About His Obsession With Becoming His Best Self 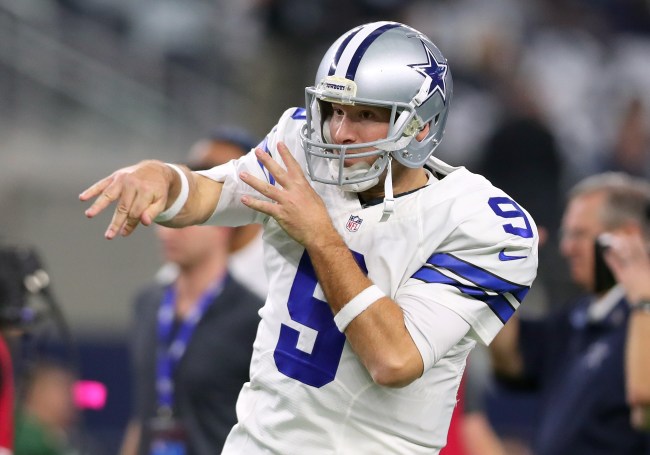 During his playing days, Tony Romo had been linked to the idea that he could not win the big games. The Cowboys quarterback only won two of the six playoff games he appeared in and never advanced beyond the divisional round. He had more than a few head-scratching plays during these games (ie botching the field goal snap to lose the 2007 playoffs) that would serve as microcosms to support the claim that he didn’t possess the intestinal fortitude to win big.

But, what’s rarely talked about is how unlikely it was for Romo to play in the NFL in the first place, never mind quarterback America’s team for 14 years. He played college ball for Eastern Illinois, was undrafted, and began his career with the Cowboys as a holder. Flash forward to today, he holds Cowboys team records for passing touchdowns, passing yards, most games with at least 300 passing yards, and games with three or more touchdown passes. Oh, and he is the most electric color analyst on television.

TV psychologist Dr. Phil made an appearance on the Joe Rogan Podcast and revealed a conversation he had with Romo about the lengths he’d go to be his best self.

Here is the transcript of the conversation, via For The Win:

Dr. Phil: “I’ve been talking about what makes people a champion. I talked to Tony Romo right after the Super Bowl. You know, he came from Eastern Illinois University, it’s got like what, nine students or something? A little bitty university. And he turned out to be quarterback of America’s team for 14 years. Set all kinds of records, and then goes to the booth and becomes the No. 1 color analyst in television. Champion, champion, champion. Why? What do you attribute that to? I like asking those questions and hearing people talk…”

Joe Rogan: “What did he say about what makes you a champion?”

Dr. Phil: “For him, he says he wasn’t the kind of swagger sort of person that came in cocky like he was gonna own the field and own the game. But inside, he said, he had this absolute drive that if he didn’t win, he couldn’t live with it. It’s like, if somebody thought – if you played the game and somebody beat him – that just the idea that person went home thinking that they were better than him, that they could beat him, that he just couldn’t eat, sleep, think until he got back and owned it again.

It’s drive to win. He said he would be out at 1:00 o’clock in the morning in the dome throwing a pass that… that route got intercepted, or he got jumped on that route. And he’d be trying to figure out why. In Thursday in practice, he saw what he needed to see. Why didn’t he see it on Sunday? He would analyze and analyze until he could get there, until he could do it.

…. The difference between winners and losers is that winners do things losers do not want to do.”