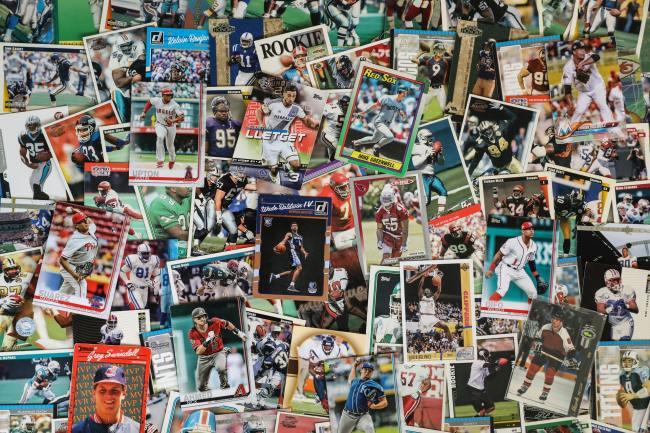 One of the boxes was 1986 Fleer basketball. Drake was hunting for the holy grail Michael Jordan rookie card in this box and on the first pack, he pulled one.

Here’s the video of Drake pulling the MJ on the first pack below. He and Ken Goldin’s reactions are awesome.

In his first ever pack of cards, @drake pulls a Michael Jordan rookie card 🤯 pic.twitter.com/5syiADobUi

Ken Goldin is pretty much at the top of the sports card industry. Goldin Auctions is home to some of the biggest card sales and is known as a trusted auction house for cards and other sports memorabilia.

Drake likely procured the boxes of 1986 Fleer from Goldin. Drake and Goldin also opened packs of 2003-2004 Topps Chrome Basketball (known for having the Lebron James rookie) and a couple of boxes of Panini Flawless Basketball.

Drake just pulled a Michael Jordan RC and doesn’t really care because the value of the card is about how much he makes every couple of minutes. pic.twitter.com/gZ8ikCeUEs

It’s worth noting a single box of Panini Flawless goes for about $46,000.

It wouldn’t be crazy to think the total value of Drake’s Micahel Jordan rookie cards is over $1 million dollars.

The cards would have to grade well at a PSA 9 or 10. A PSA 10 is perfect, which is hard to get but Drake has a case for getting a perfect card grade thanks to opening it fresh out of a pack that’s been protected for over 35 years.

I’m sure he will get those cards graded ASAP too, especially since PSA tweeted about the event.

If Drake could also keep opening insanely expensive sports cards too that would be greatly appreciated.

Regardless of a major pull or not, the anticipation makes for great content.