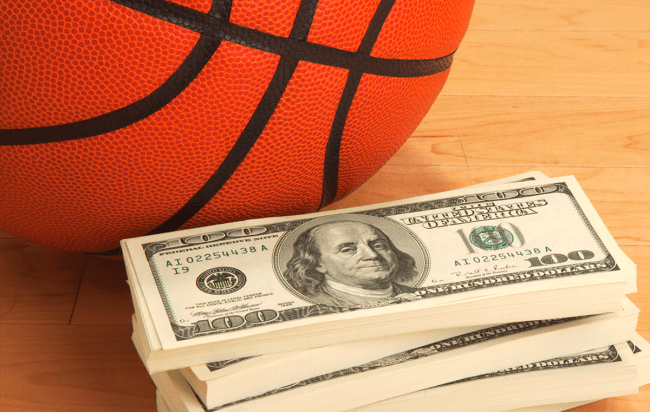 Yesterday Drake posted to his IG story a photo of a stack of 2021 NBA Panini Flawless sports card boxes. Each box sells for about $15,000 and contains 10 cards. Using basic math, one can count there are 14 boxes in the photo—which means there’s over $200,000 worth of unopened NBA cards sitting on the table.

Drake posted this on Instagram story four hours ago. It appears to be NBA Flawless boxes, which sell for about $15,000 each. A box has only 10 cards in it. So, these 14 boxes/140 cards combined are worth over $200,000. pic.twitter.com/eKMUcXdmGf

Drake also wrote he was “on a triple logo man hunt,” followed by him tagging a popular sports card account.

The card Drake is referring to the Triple Logoman card that contains three NBA logo tags from players’ jerseys (no autographs are on the cards).

There are supposedly only five Triple Logoman cards in the entire NBA Flawless set, so finding one is like Captain Ahab finding Moby Dick.

Last year, a Zion Williamson logo card sold for $233,700 according to a Goldin Auctions’ final sale. This was a 1/1 card at PSA 9 condition.

Drake mentions he’s hunting a Triple Logoman, which is new to this year’s set and could set price records. A Logoman Zion Williamson card from last year’s set sold for $233,700: https://t.co/I4EolQtxmK

There’s no telling how much a Triple Logoman might go for but if we had to guess we’d say in the ballpark of that Zion card.

Here’s a pic of an Anthony Edwards single Logoman that got pulled last month.

If you look at the Flawless set checklist, it confirms there are only five Triple Logoman in the set. Perhaps the coolest one is a LeBron James Logoman with patches from the Lakers, Heat, and Cavaliers.

A Triple Logoman of Kevin Durant, Giannis Antetokounmpo, and Steph Curry was actually pulled from a pack yesterday too.

Drake hasn’t revealed is he’s opened his boxes yet or not, but because he flexed the NBA Flawless boxes it wouldn’t be crazy to think the value on them will only increase on the secondary market.

Imagine if Drake pulls a Triple Logoman and then decides to sell it down the road? The price on that card would not only reflect the value of the card itself but also the prestige of Drake owning it at one point.

Regardless if you’re rooting for Drake or not in this adventure, we can all agree Drake needs to video himself opening all these boxes in real-time.