Drake Shows No Mercy In Trolling Steph Curry And Draymond Green On Instagram, Starts A Movement 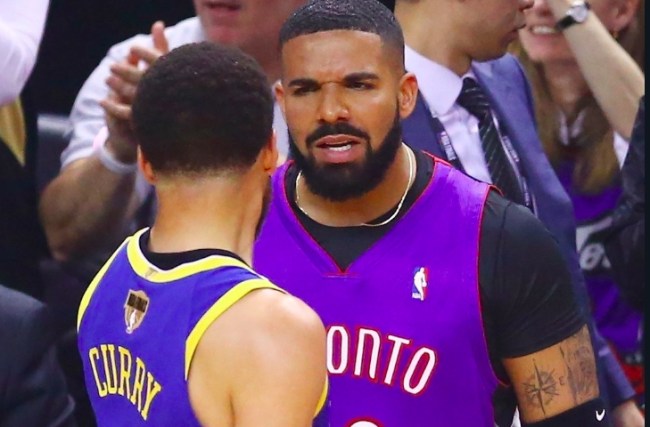 After the Raptors beat the Warriors 118-109 in Game 1 of the NBA Finals, it became abundantly clear that this is Drake’s finals, and the Warriors are just playing in it. Both Steph Curry and Draymond Green gave into their weakest impulses and approached Drake during or after the game to exchange unpleasantries, with Draymond becoming noticeably unhinged when asked by a reporter about his take on the Toronto rapper appearing to call him “trash.”

The Raptors on the court are validating Drake’s enthusiasm off it, and he is relishing in the early success.

After the game, Drake twisted the knife by trolling the Warriors to his 58 million Instagram followers. During the game, Drake was seen picking something out of Steph Curry’s hair when Curry was engaging his trash talk. Drizzy used that as a mechanism to trash both Curry and Draymond.

A movement has begun… 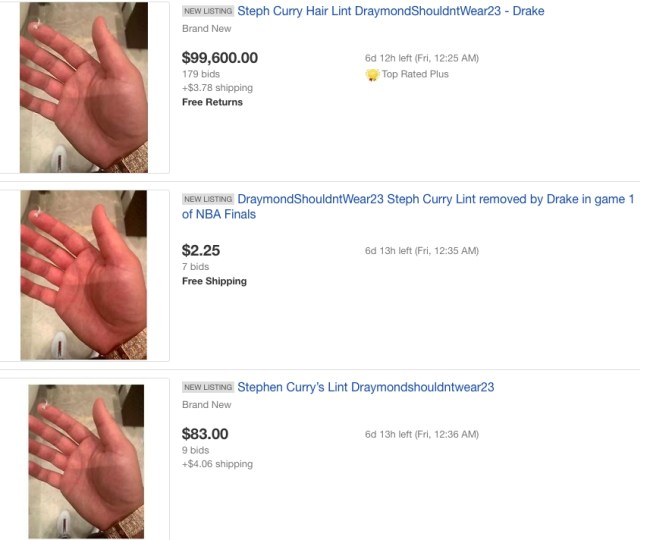 You’d think Curry ignore the hate from Drake, seeing as the rapper has a goddamn tattoo tribute to him on his left arm that he shamelessly covered for Game 1, but that has not been the case thus far.

Drake is wearing the armband to cover up those KD and Steph tattoos. 💀#NBAFinals pic.twitter.com/I9ZSJ6aK2C

If the Raptors win the NBA Finals, Drake should get his ring before Kawhi.