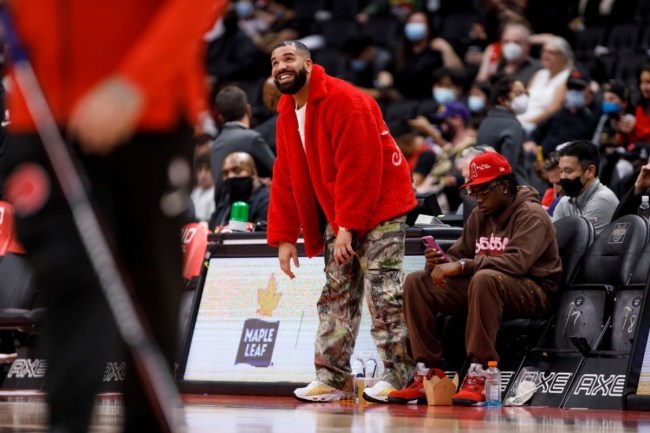 Drake has made it clear who he’s riding with out of the Western Conference heading into the NBA playoffs.

The four-time Grammy winner shared a screenshot on social media revealing that he’s placed a bet worth $200,000 Canadian – which is just shy of $159,000 U.S. – on the Golden State Warriors to win the Western Conference.

Drake has had mixed success when it comes to his latest big bets.

The rapper lost $100,000 when he placed a bet on Duke to beat North Carolina in the Final Four. The Blue Devils of course lost to the Tar Heels in that game.

Drake had big-time success during the Super Bowl, however, when he cashed in on $1.4 million on his bet of Odell Beckham Jr. scoring the first touchdown of the game.

Most sports fans out there are well aware of ‘The Drake Curse‘ which likely has plenty of people fading Drake’s pick for the Warriors to win the West.

Don't we have enough things stacked against us? We have to deal with the Drake curse too. 🥴🥴🥴 https://t.co/nt6CQKDIek

Bet the house on PHX the warriors losing in the 1st round 😂🤣😂 https://t.co/jtHhQFs4mz

OMG thank you Drake from all Phoenix fans 😂😂😂😂😂 https://t.co/EyZpPJFyoW