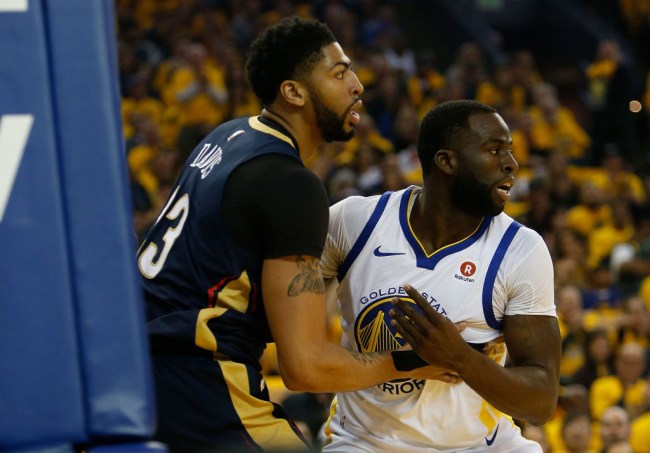 By most accounts, the Golden State Warriors are pretty good at basketball.

The team has won three championships in the past four years and has what might be the most stacked lineup in the history of the NBA, with the likes of Steph Curry, Klay Thompson, and Kevin Durant capable of making other professional athletes question their own worth on an almost nightly basis.

However, the Warriors wouldn’t be where they are right now if it wasn’t for the efforts of Draymond Green, who played a key role in luring Durant away from Oklahoma City after the Warriors lost to the Cavaliers in the 2016 NBA Finals:

“Green was already working on that as he left Oracle Arena after that gutting Game 7 loss. Green sat in his car in the parking lot and called Myers, telling him he had to sign Durant. ‘It’s on you,’ Green told Myers.

“Green hung up, stayed in the parking lot, and made another call — to Durant. ‘That was my very next call,’ Green said. Two weeks later, Durant signed a maximum contract that put him in a Golden State uniform for at least one season, with several more seasons likely to come.”

In their current form, the Warriors don’t really need any help but that hasn’t stopped Green from continuing to network, which is exactly what he appeared to do during last night’s game against the Pelicans.

Green was captured chatting with Anthony Davis during the matchup and there was almost immediate speculation that he was trying to get Davis and his eyebrow to take their talents to the West Coast.

I couldn’t get any lip readers to help me decipher what was going on here, so while there’s a good chance this was just some friendly conversation, that hasn’t stopped people from overreacting.

Anthony Davis I fucking DOUBLE DOG DARE you to join the warriors https://t.co/Cmach4Q34I

If the Warriors run out a lineup of Steph Curry, Klay Thompson, Kevin Durant, Draymond Green, and Anthony Davis next year… I will start watching WNBA full time. Fuck that.

Davis would have to opt out of his current contract at the end of the year to make the move and will almost certainly seek a supermax deal, which would make things a bit tricky.

Thompson’s contract will end this year and KD will have the chance to opt out of his (which he might if his brother is to be believed), so while it’s probably a bit of a longshot, I certainly respect Green’s hustle.