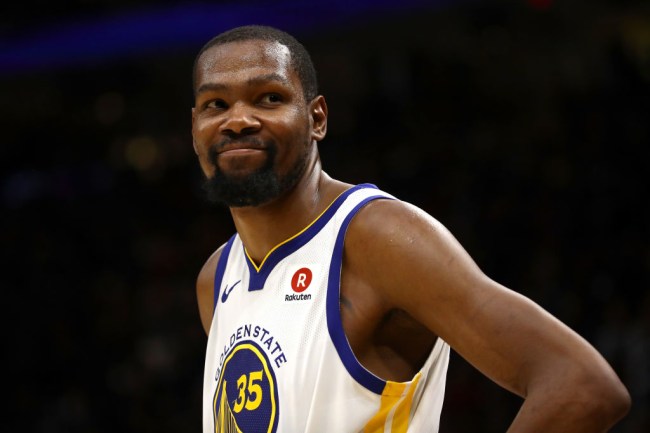 The internet can be about as toxic as a cocktail made with nuclear waste and garnished with rat poison but that doesn’t stop hundreds of millions of people from flocking to the likes of Facebook, Instagram, and Twitter every day in search of that sweet, sweet dopamine fix.

Social media is filled with enough drama to rival an episode of The Hills— a place where you can post a picture of a dog and suddenly find yourself somehow caught up in a heated argument about the merits of vaccination.

One of my favorite places to visit when I’m in the mood to watch online beef unfold in real-time is NBA Twitter, a section of the internet primarily fueled by pettiness and passive aggression.

Plenty of players have fallen victim to social media but I’d argue no one’s done it better (or worse) than Kevin Durant, who’s found himself at the center of an impressive amount of drama over the past year.

Let’s take a quick look at how the Warrior has weaponized his online accounts.

He fired shots at CJ McCollum on Twitter over the summer.

So,I would get into a gang fight, lose, plot on my brother for 2 months in our home and then go get the gang we lost to and beat him up? U think that low of me CJ? I just did your fuckin podcast. Snakes in the grass boy I tell ya 🤣

He sparred with a troll who snuck into his DMs.

Kevin Durant really took his time to discuss with me the weakest move in NBA history. (1/8) KD still top 2 in this league. pic.twitter.com/K6IQnBDNS0

We also can’t forget the time he got into it with a teenager who criticized his performance because he apparently just can’t help himself.

Now, Durant has found himself at the center of more Instagram drama— although he’s not entirely responsible for this most recent incident.

This time, the culprit is his brother Tony, who decided it would be a good idea to post a comment hinting at KD’s plans for his upcoming free agency.

The ever-vigilant Rob Sanchez discovered the message and blasted it out.

“Yessir brother!!!! Filling the hand up before we get outta here!”

As Warriors Wire notes, Golden State will likely offer Durant a max contract this offseason but there’s a chance he’ll decide to defect in order to prove he doesn’t need to be on a superteam to be successful.

I’m going to start making popcorn now because I have a feeling I’m going to need a lot of it.