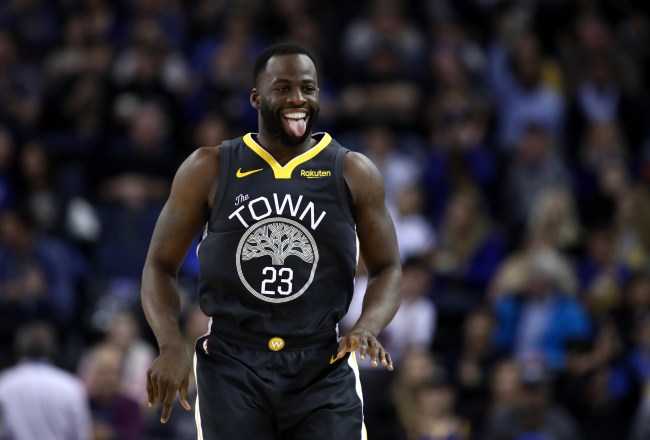 Draymond Green is never going to go down without a fight, so, with TNT analyst and Basketball Hall of Famer Charles Barkley ripping him more than usual this season, the Golden State Warriors forward has decided that he’ll be clapping back — and, oh man, did Green do that in an epic way Friday.

Draymond Green on the recent TNT criticism: “(Charles) Barkley should stop before I take his job. Because I can do that well, too…He also can’t talk basketball with me either. Not smart enough, not qualified. No rings, can’t sit at this table.” pic.twitter.com/AmGw6jZidE

So why such the hostility towards Barkley? Remember, not long ago, Charles torched Draymond Green on national TV by joking he’s averaged a “triple-single” this season as the Warriors stumble to the worst team in the league. With both Klay Thompson out all year, and Stephen Curry missing significant time, due to injury, the responsibility to lead a young Dubs team has fallen on Green. Unfortunately, the results have been terrible, with the three-time NBA champ dropping to pedestrian numbers so far this season.

While Dray has been pathetic statistically all year long, it really hit a low point in a game against the Los Angeles Lakers, when the three-time All-Star got booted from the game, then mocked by LeBron James from L.A.’s bench for (seemingly) just pulling a veteran move and wanting to take the night off. Even ESPN’s Kendrick Perkins mentioned the sly tactic on Twitter shortly after it happened.

As for the most recent war of words between Draymond Green and Charles Barkley, this feud is an ongoing one that will continue to last. While it’s entertaining and all, the comments from Green carry no merit whatsoever. Not only is Barkley in the fucking Hall of Fame, but he proved during his career that he was one of the best players in his generation — the same can’t be said for Green. Still, in a lost season for Draymond and the Warriors, doing things like this is at least one way to stay relevant.