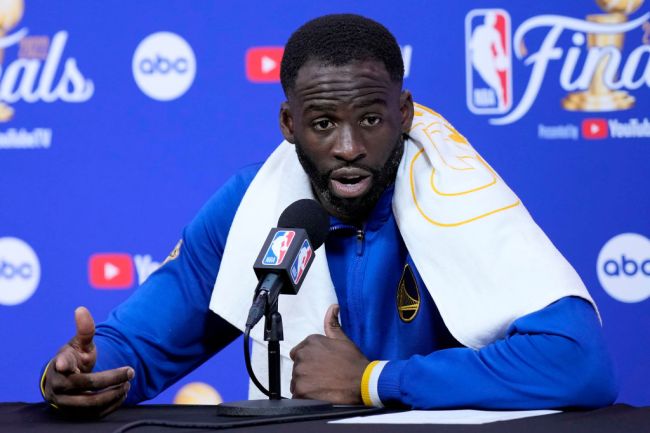 Tomorrow night, the Golden State Warriors will have the chance to go into Boston and finish off the Celtics in game 6 to claim their 4th NBA title in the last 8 years. For now though, all they can do is answer questions about preparing for that big game and the opponent that they are facing.

During a press conference today, Draymond Green was asked about how the mental challenge of preparing for the Celtics compares to some of the other finals series he has played in. In particular, the reporter asking the question was interested in how it compares to the series where the Warriors had to prepare to face LeBron James.

Draymond made it clear that preparing for LeBron in the Finals was a much greater mental challenge than the Warriors are facing in their current series.

Draymond Green was asked the mental challenge of facing Celtics vs. LeBron James:

"It doesn't compare. He is arguably the smartest guy to set foot on a basketball court. To say that it compares to that, it's disrespectful to LeBron & it's a lie to you."pic.twitter.com/jXCyULdW29

Later on in the clip, Draymond did go on to praise the Celtics for the challenges they do present and talked about how smart of a player Marcus Smart is, so this shouldn’t amount to too much bulletin board material for the Celtics as they get ready to try and avoid elimination in front of their home crowd.

Draymond has plenty of experience preparing for LeBron in the Finals, having run into LeBron and the Cavs in 4 consecutive seasons. Draymond on the Warriors claimed 3 of those series, but infamously blew a 3-1 series lead in the other, with Draymond being suspended for Game 5.

It seems Draymond is expecting the many challenges his Warriors have faced in those series to help them close out this series.