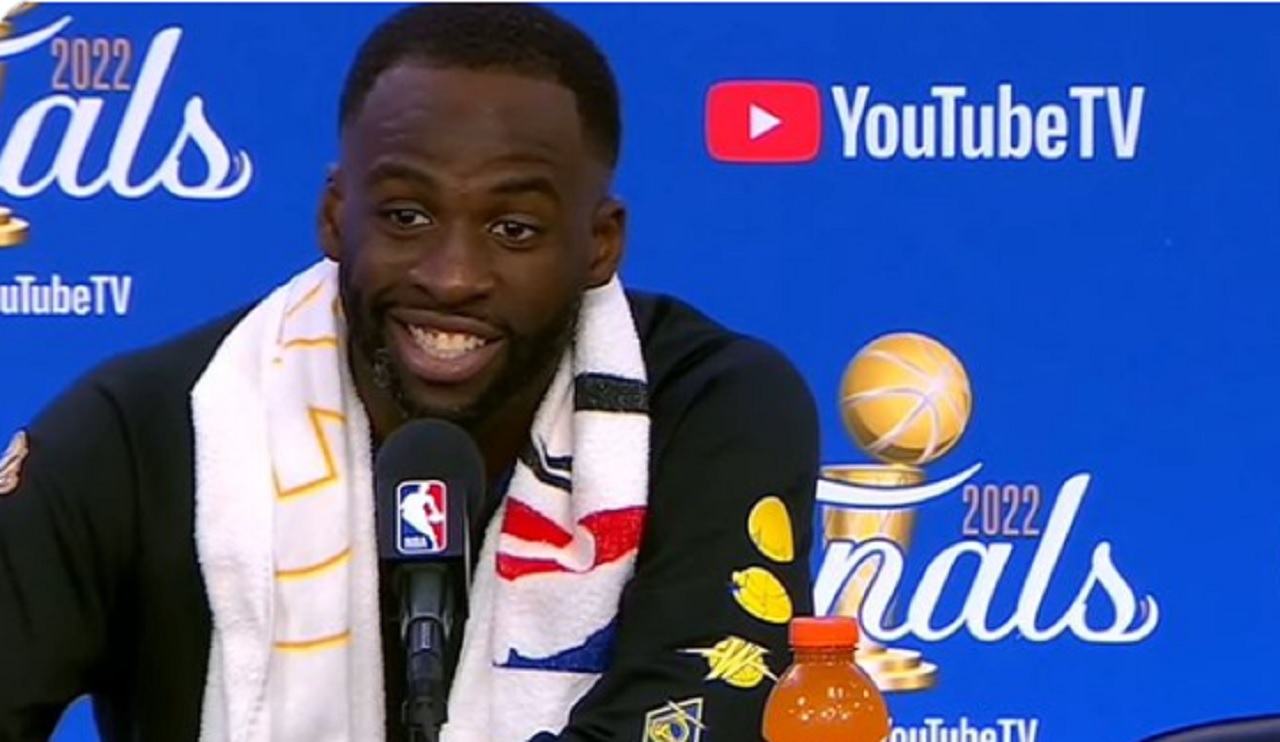 Draymond Green wasn’t thrilled when a reporter brought up his podcast after game 3 of the NBA finals.

On Wednesday night, Green had a terrible performance in the Warriors’ loss in Boston when he scored only 2 points in 35 minutes.

During the postgame press conference, one reporter asked Green if he was worried the Celtics were listening to his podcast to gain intel in order to make adjustments during the series. An annoyed Green went on to berate the reporter for asking the question.

Draymond Green roasted a reporter postgame after he claimed that Green may be giving away X's and O's via his podcast, 'The Draymond Green Show.' pic.twitter.com/RAMkMBY9bb

Draymond Green on his pod tipping Warriors' X's and O's: "Nah. I don't say much different on the podcast than I say to you here. What's the X's and O's?

"If that's it, you reaching for something, it's all good though. Reaching heavy."

Draymond showed more fight with this random reporter (who was asking a totally fair question, by the way) than he did against any of the Celtics on the glass tonight. #NewMedia https://t.co/CeEpqvgB29

Update: Green spoke more about his response to the reporter on his podcast.

“Oh, so you’re just searching for something. You’re of the masses that Draymond shouldn’t be doing a podcast during the NBA Finals… Listen, y’all gon get this podcast, like I told y’all.”