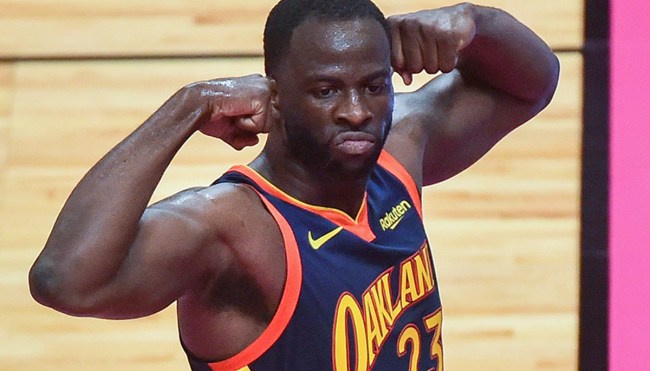 The Golden State Warriors were far and away the most dominant force in the NBA for the bulk of the 2010s. However, after winning three championships over the course of their five consecutive Finals appearances, that dynasty came to a quiet end following two seasons where the franchise failed to make the playoffs.

The Warriors did manage to bounce back a bit last year following their absolutely dismal 15-50 performance during the pandemic-shortened season, but expectations were still fairly low heading into the most recent one.

However, it’s safe to say Golden State has more than returned to form since kicking off the 2021 campaign, as the team is sitting firmly in the top spot of the NBA power rankings with a 15-2 record. There’s still plenty of basketball left to be played, but that hasn’t stopped Steve Kerr from taking an admittedly premature victory lap.

It comes as no surprise that much of the team’s success can be credited to Steph Curry continuing to do Steph Curry Things, but the Warriors have also gotten a big boost from the rejuvenated Draymond Green.

His current stat line may not look drastically different than the ones he posted over the past couple of years, but the big man looks like a new person out on the court—a reinvention he addressed following the team’s 119-104 victory over the Raptors on Sunday.

One of Draymond Green's several candid postgame quotes tonight. On his inspired play: "I've just kind've found that love again. You kind've go through a lot of shit and that love wanes a bit."

During his postgame press conference, Green said he’s “just found that love and joy for the game” after admitting his passion had “wane[d] a little bit.” He mentioned his focus on his health and a decrease in drinking as a factor in the turnaround, but he also gave some credit to his kids, saying:

“My son is getting older, my oldest daughter—she’s 7 now—they kind of get on my ass if we lose. So that’s motivation. And I think for me also, I’ve been s—t the last couple years, so my kids don’t really understand how good I am. And I want them to see how good I am so they’ll have an understanding.

And so that is motivation for me. When I was playing at the top of my level, which I’m getting back to that now, they were like 3 and 1, so that is motivating for me to play well in front of them so they have an understanding of what I do.”

Green also mentioned he’s determined to earn a spot on this year’s All-Star Team and add a second Defensive Player of the Year award to his impressive résumé, and based on how things are currently looking, he’s well on his way to realizing both of those goals.