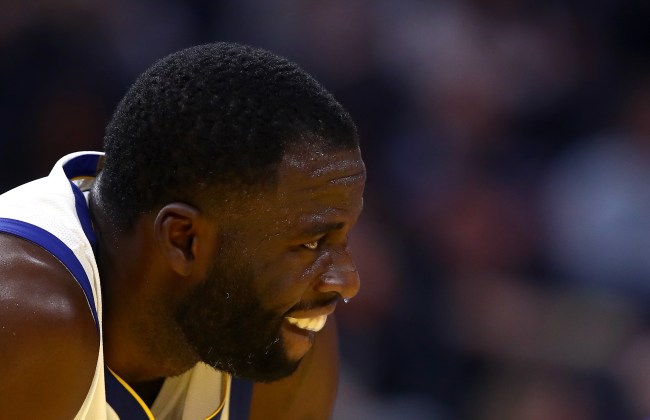 The Warriors are imploding right before our very eyes, losing to a Suns team Wednesday night, a team that a season ago won just 19 games and finished dead last in the Western Conference. To demonstrate how bad the loss was, the Suns went ahead 43-14 in the first quarter alone.

The once unbeatable Golden State Warriors are now 1-3 and while it’s just the fourth game of an 82 game season, overreacting is what fans do best.

Momma Green took to Twitter to mock the decimated Warriors who relied heavily on players like Eric Paschall (38 minutes), Omari Spellman (22 minutes), and Alec Burks (18 minutes) in their loss to the Suns.

I just cracking jokes kind of!

I have to laugh to keep from crying!!!!! I’m over here cracking myself up because this is almost better than DOLEMITE! You know those laughs that make you cry- Let’s Go Warriors!!!! Going to bed! Good night Twitter got some volunteering to do in the morning!

Always nice to have your teammates mom questioning who the fuck you even are publicly. Gotta be great for the confidence. As if trying to meet the standards set by a team that’s made the Finals for the past 293 years isn’t a tall order in itself.

Good thing she was “just cracking jokes kind of!” For a second there, I thought the Warriors were in real trouble.