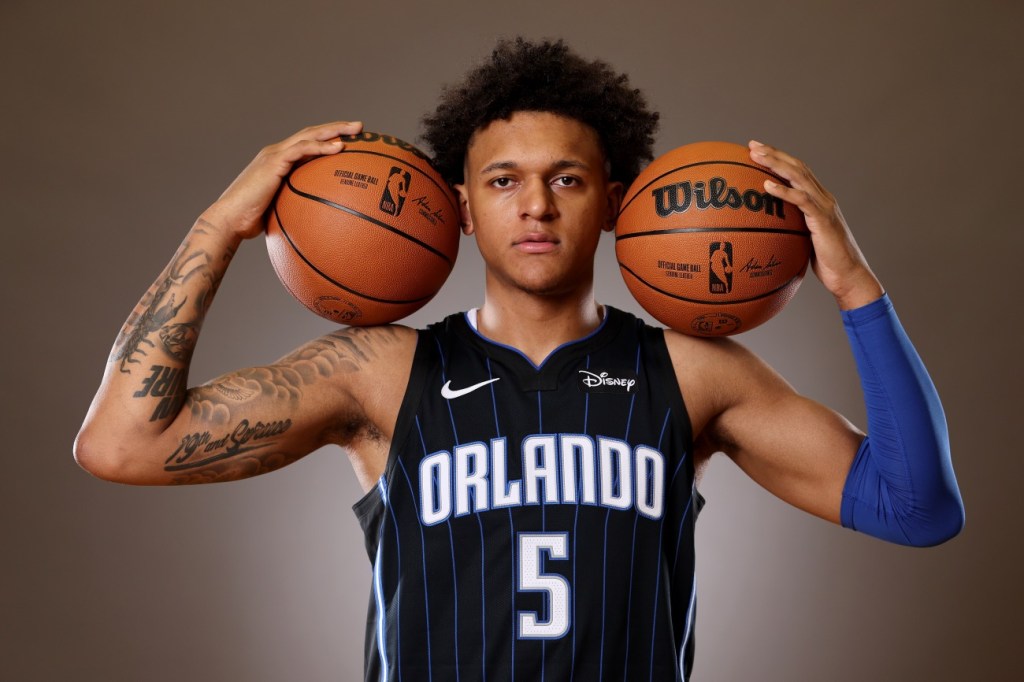 Orlando Magic fans will enter the 2022-23 season with a lot of hope. The Magic drafted Duke’s Paolo Banchero #1 overall in the 2022 NBA Draft. And though their projected win totals haven’t moved much in Vegas, 27.5 projected wins up from 22 actual wins last season, Paolo Banchero could usher in a new era of winning in Orlando.

Paolo is a power forward with all of the intangibles a team looks for in a future star. He put up 22 points in his collegiate debut against Kentucky and went on to be named ACC Rookie of the Year and a 3rd Team All-American. He averaged 17+ points and 7.8 rebounds as a freshman and now he’s impressing NBA vets like Draymond Green.

On a recent episode of the Draymond Green Show, Draymond heaped praise on Paolo Banchero for being that dude. Or as Draymond calls it, ‘one of them guys’. Green went on to explain why Paolo’s behavior off the court impressed him as much as anything he did with the basketball. Here’s the full episode (video) along with Draymond’s quotes about Paolo Banchero underneath the video.

Draymond Green: “Paolo Banchero, I think, is one of them ones. The reason I think Paolo is one of them guys is because of the things that he did on the basketball court that were not scoring.:

“Yes, he did all the things with the basketball. Yes, he made the plays. But the plays he made that did not involve him having the basketball is why I think Paolo is going to be one of them guys.”

Orlando Magic Fans Should Get Hyped About Their New Star

Not the point. It’s his presence.

Jalen Suggs was competing in last years summer league. The Magic were in the playoffs two years ago and the year before that. Everything about Paolo was cool but no need to crap on this FO. They have been trying to win as many games prior to last February when they blew it up.

Confirmed: Paolo Banchero got that dawg in him.

As a born and raised Floridian, my favorite years with the Magic were the Shaq and Penny years. That’s when I went to my first Magic games and really I haven’t been back in what seems like forever. It’ll be interesting to see if Paolo Banchero can turn the franchise around enough to make it worth it to drive over to some games in the next few seasons because it’s not a short drive.